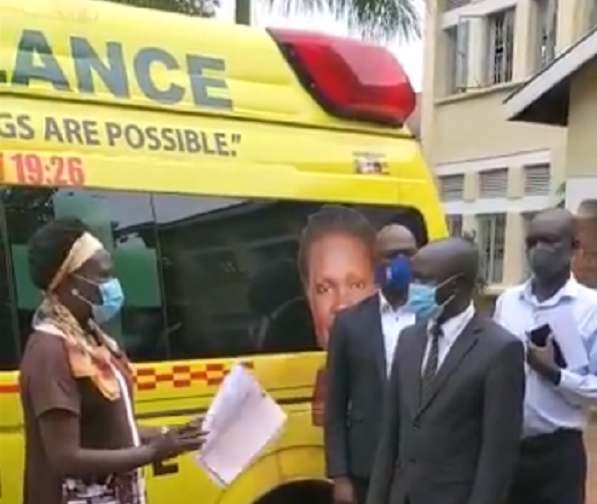 A Ugandan minister has withdrawn an ambulance she donated to residents of the northern town of Koboko ahead of the ruling party's primaries which she lost, the Daily Monitor reports quoting the town's mayor.

The Minister for Investment and Privatisation Evelyn Anite donated the ambulance in September last year and tweeted a video of its handover to the municipality.

The ambulance was emblazoned with her portrait. She said it was meant to "help ease access, especially for women, children and elderly, to health facilities".

Earlier today, I was privileged to handover Ambulances’ to KOBOKO Municipal Council.
It is my prayer that they will help ease access, especially for women,
children & elderly to health facilities. pic.twitter.com/LnVdAXl7da

Koboko town Mayor Wilson Sanya was quoted as saying the ambulance had been handed back to the minister.

“I confirm that the ambulance was handed back to Anite by the district. The last time I spoke to the ambulance driver, he confirmed that it had been taken back on the minister’s orders,” he told Daily Monitor.