Spies Get Right To See What Websites You Visit

The web browsing history of every person in the UK will be recorded for a year, under new legislation being announced by the Home Secretary later.

Police and security services will be able to access that data - which will include all the sites a person visits, but not the individual pages within that site - without a warrant.

The new draft Investigatory Powers Bill is an attempt to bring many different surveillance powers of the security services and police under one comprehensive piece of legislation.

It will be examined by both Houses of Parliament before voting on the final version of the bill in 2016.

Chris Phillips, the former head of the National Counter Terrorism Security Office, told Sky News: "The world has moved on so quickly: people communicate on many different means, whether it’s WhatsApp, whether it's Facebook, whether it's email or telephone. 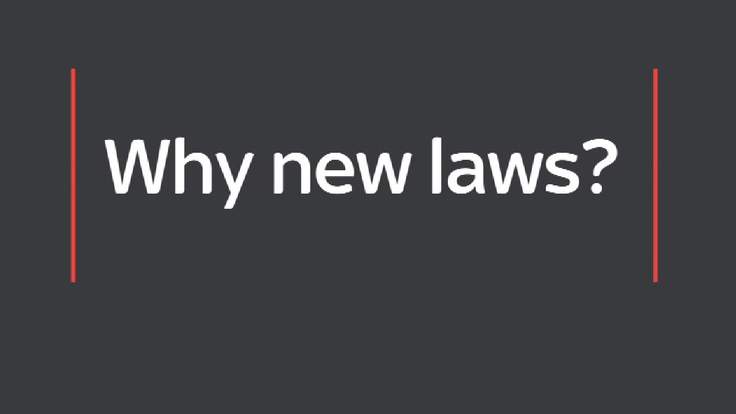 "So it's really important that the laws keep up. [Without new laws] we'd be in a very dangerous place."

Communications data is the who, where and when of a message - everything that might be written on an envelope or found on an itemised phone bill. Content is the what: the letter inside the envelope or the phone call itself. Accessing content currently requires a warrant; accessing data does not.

Other contentious parts of the bill will include whether politicians or judges should sign off warrants to access the content of communications, such as emails, phone calls and text messages.

Warrants will also be under examination in relation to GCHQ. Its bulk interception programmes - which scoop up billions of communications each day, including both metadata and content - depend on warrants. Their scope could be more closely restricted.

GCHQ's legal power to hack into people's computers - only acknowledged this year and called 'equipment interference' - is also covered by warrant.

Alice Wyss, a researcher for Amnesty UK, told Sky News: "Indiscriminate mass surveillance is a real concern. It's a violation of people's right to privacy.

"This new bill … has the possibility that it will allow an unlawful, mass program of collecting our data to continue unabated."

Government plans on encryption will also be closely watched.

Many companies, including Apple and WhatsApp, offer some form of full 'end-to-end' encryption, which locks messages in a way that even the Silicon Valley companies themselves are technically unable to unscramble.

The UK Government currently has the legal power to compel a company to provide 'content in the clear'. However, this power has never been tested in law and could be contentious if retained in the new bill.

Technology companies say that full encryption is the only way to keep consumers safe from hacks like the one suffered by TalkTalk.

Lord Carlile, the former independent reviewer of terrorism legislation and a Liberal Democrat peer, told Sky News: "It is a significant and formidable bill which will enable the authorities to catch serious and organised criminals and terrorists and to protect the public.

"I think the protections that are built into it should satisfy any reasonable person."