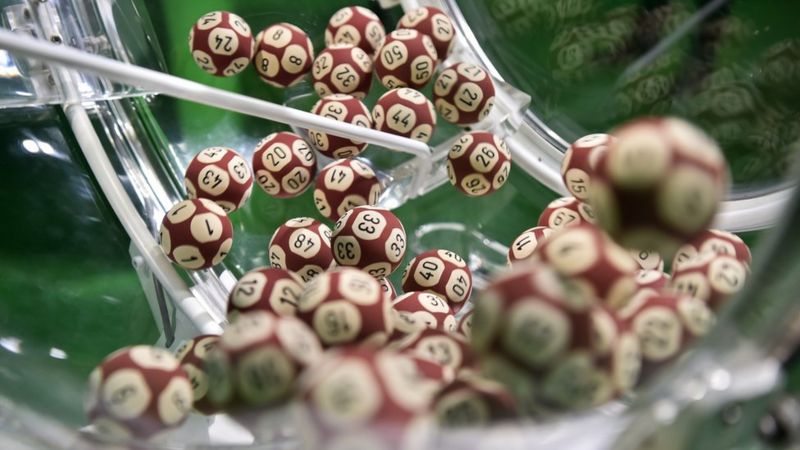 South Africans have been questioning the result of the draw (file picture)
30.5k Shares

An unusual sequence of numbers drawn in South Africa's national lottery has sparked accusations of fraud after 20 people won a share of the jackpot.

Tuesday's PowerBall lottery saw the numbers five, six, seven, eight and nine drawn, while the PowerBall itself was, you have guessed it, 10.

The organisers say the sequence is often picked. But some have alleged a scam and an investigation is underway.

It is extremely rare for multiple winners to share the jackpot.

Another 79 ticketholders won 6,283 rand each for guessing the sequence from five up to nine but missing the PowerBall.

The chances of winning South Africa's PowerBall lottery are one in 42,375,200 - the number of different combinations when selecting five balls from a set of 50, plus an additional bonus ball from a pool of 20.

The odds of the draw resulting in the numbers seen in Tuesday's televised live event are the same as any other combination. Competitions resulting in multiple winners are rare, but this may have something to do with this particular sequence.

"Congratulations to tonight's 20 winners of the PowerBall draw," lottery operator Ithuba tweeted, adding: "These numbers may be unexpected, but we see many players opt to play these sequences."

On Wednesday, people took to social media to share their thoughts.

One Twitter user, Mr Tee, alleged a "scam". Another user, Lungaz, suggested there was "absolutely no way in hell that's a coincidence".

Others called for an inquiry into Tuesday's winning lottery result and the competition's regulator, South Africa's National Lotteries Commission (NLC), said it would investigate the draw, which it called unprecedented.

A spokesman for NLC, Ndivhuho Mafela, said the body would review the incident and report its findings.