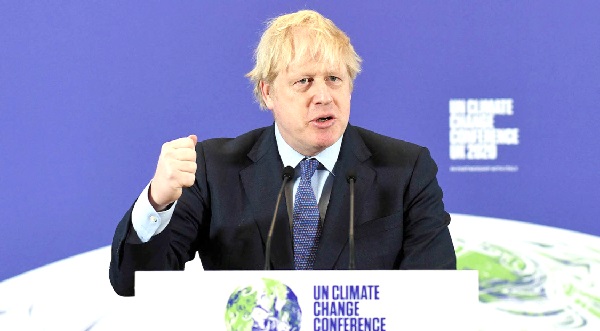 The United Nations Climate Change Conference (COP26) took place in the Scottish city of Glasgow, accompanied by drastic warnings from the scientific community of an escalating climate crisis.

Delayed by a year because of the COVID-19 pandemic, COP26 aimed to keep alive a target of capping global warming at 1.5 o C above pre-industrial levels, the limit scientists say would avoid its most destructive consequences.

The summit co-hosted by the United Kingdom (UK) and Italy opened on October 31, 2021 and ended on November 12, 2021; with some of the world’s most powerful leaders and more than 30,000 people ranging from non-governmental organisations (NGOs) and businesses to journalists, lobbyists, negotiators and protesters from across the globe attending the summit at the Scottish Event Campus (SEC). Even though Italy co-hosted the event with the UK, it was held exclusively in Glasgow.

For nearly three decades the UN has been bringing together almost every country on earth for global climate summits called COPs, which stands for ‘Conference of the Parties’. In these decades, climate change has gone from being a fringe issue to a global priority.

The official title of the summit is the United Nations Climate Change Conference of the Parties, and the Glasgow meet was the 26th iteration. However, since the full name is a mouthful, it was shortened to COP26. The first COP meeting was held in Berlin, Germany in 1995, and was dubbed COP1.

At COPs, nations come together to assess global progress towards tackling climate change. Some years the talks are tortured and little progress is made. But every now and then a breakthrough is made, such as at COP21 in Paris in 2015, when almost every nation in the world agreed to a new climate treaty to try to stop runaway climate change.

COPs rotate between regions each year, and it was the turn of a European nation to host COP26 and the UK was lobbied hard by activists and others to take the reins, given its large team of highly respected climate diplomats. British officials hoped that COP26 would go down in the history as a successful meeting, delivering fresh pledges from countries to cut carbon emissions further and faster than ever before.

To understand why, it’s necessary to look back to another COP. The importance of the Paris Agreement COP21, which took place in Paris in 2015 was that for the first-time ever, something momentous happened: every country agreed to work together to limit global warming to well below two degrees and aim for 1.5 degrees, to adapt to the impacts of a changing climate and to make money available to deliver on these aims.

Thus the Paris Agreement was born. The commitment to aim for 1.5 degrees was important because every fraction of a degree of warming will result in the loss of many more lives and livelihoods damaged.

Under the Paris Agreement, countries were committed to bringing forward national plans and setting out how much they would reduce their emissions – known as Nationally Determined Contributions, or ‘NDCs’.

They agreed that every five years they would come back with an updated plan that would reflect their highest possible ambition at that time. But that’s not all; the commitments laid out in Paris did not come close to limiting global warming to 1.5 degrees, and the window for achieving this is closing.

Meeting that goal agreed in Paris to much fanfare in 2015, will, however, require a surge in political momentum and diplomatic heavy-lifting to make up for the insufficient action and empty pledges that have characterised much of global climate politics.

The 2021 conference, therefore, needed to secure more ambitious pledges to further cut emissions, lock in billions in climate finance, and finish the rules to implement the Paris Agreement with the unanimous consent of the nearly 200 countries that signed it.

The return of the United States(US), the world’s biggest economy to UN climate talks, was a boon to the conference, after a four-year absence under former President Donald Trump.

But like many world leaders, President Joe Biden was expected to arrive at COP26 without firm legislation in place to deliver his own climate pledge as Congress wrangled over how to finance it and new uncertainty about whether US agencies could even regulate greenhouse gas emissions.

Notable by their absence was the Chinese President Xi Jinping, who said he will not be making the trip and Russian Leader, Vladimir Putin, who cited COVID-19 fears for his inability to attend.

NGOs chaired panel discussions and talked to the media, while business leaders toured the halls, pitching their companies’ climate ideas. The most important result of the summit, however, was the number of countries which pledged to reach net zero by 2050.

Rich and poor nations alike would suffer significantly under this level of warming, scientists warned, with coral reefs wiped out, Arctic Sea ice disappearing, and widespread droughts, floods and heat waves impacting the lives of millions of people.

In response, scientists said global emissions needed to roughly halve by 2030 and reach “net zero” by 2050.