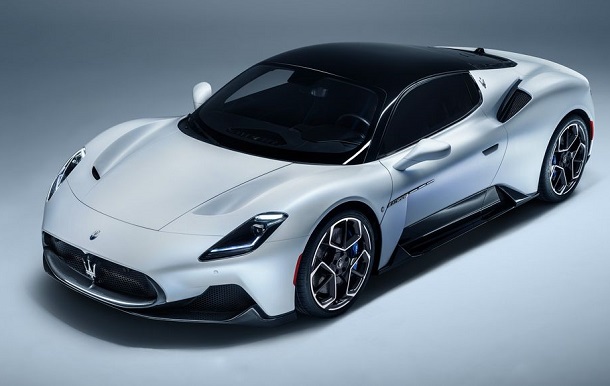 The government has admitted spending $5.7 million on Maseratis to impress world leaders was a "terrible mistake."

Papua New Guinea's government bought a fleet of 40 Maserati Quattroporte sedans in 2018, to try and impress politicians at the Asia-Pacific Economic Cooperation summit. Ultimately, the plan backfired spectacularly. Considering that Papua New Guinea is one of the poorest countries in APEC, the government spending millions of dollars on lavish Italian limos to chauffeur world leaders did not go down too well.

In fact, New Zealand prime minister Jacinda Ardern and other world leaders refused to be driven in them. Each Maserati reportedly cost over K500,000 ($142,000) to import. In total, the government spent K20m ($5.7 million) importing the 40 luxury sedans.

According to The Guardian, the Maseratis were purchased from a dealer in Sri Lanka and were flown over by a jumbo jet. Three Bentley Flying Spur cars were also purchased for the fleet.

After the summit, APEC minister Justin Tkatchenko was confident the luxury cars would "sell like hot-cakes" to recoup the costs, despite the country's poverty, poorly maintained roads, and high crime rate. However, three years later a grand total of two out of the 43 cars that were bought for the summit have been sold, including one Maserati and one Bentley. A third vehicle was reportedly gifted to the governor-general.

With the government desperate to get rid of the unsold Maseratis that have been sat in storage for several years, Pundari announced the luxury cars will be sold to the public for K400,000 ($114,000), a hefty discount, which still seems pricey. That's more expensive than the US version of the Maserati Quattroporte, which retails for $102,190. Spy shots have shown the next-generation model arrives in 2022 or 2023.

As if the situation wasn't already embarrassing for the government, hundreds of cars imported for the summit are also still missing including Fords, Mazdas, Toyota Land Cruisers, and Mitsubishi Pajeros. Hey Papua New Guinea government! Give us a call if you find those and are still looking for a quick buck!