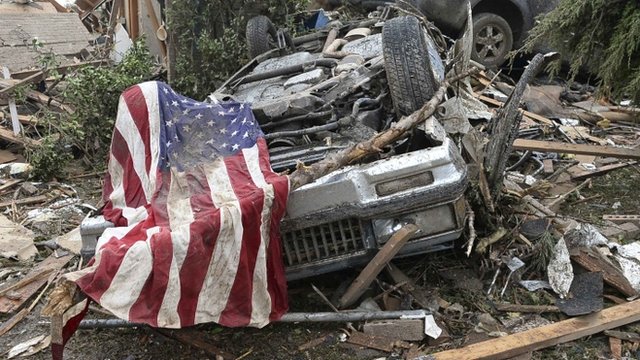 Emergency workers in the US are continuing to search for survivors of the gigantic tornado that tore through a suburb of Oklahoma City on Monday. Rescuers worked through the night in the rubble of homes, schools and a hospital in Moore, the worst-hit area.

Neighbourhoods were flattened by winds of up to 200mph (320km/h).

At least 24 people were confirmed dead, Oklahoma City's medical examiner said. Earlier, the official death toll was put at 51 with another 40 bodies found.

"We have got good news. The number right now is 24," Amy Elliott, chief administrative officer at the Oklahoma Office of the Chief Medical Examiner, told reporters.

"The prior figure of 51 dead may have included some double-reported casualties."

The chief medical examiner's office said seven children were among the dead. Earlier, it said at least 20 children had died.