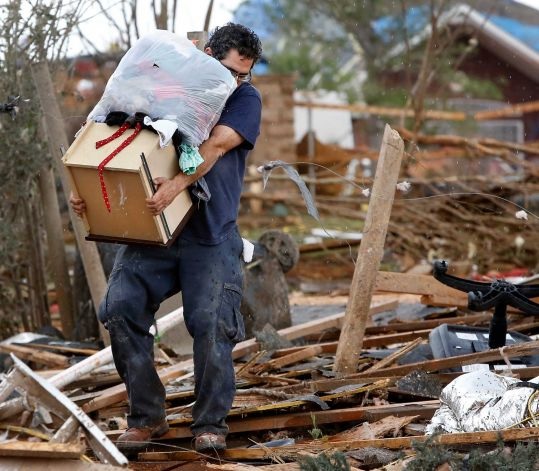 The mayor of the Oklahoma City suburb battered by a monstrous tornado says he is pushing to require safe-room shelters in all new homes.

Glen Lewis said Wednesday he will propose an ordinance in the next couple of days at the Moore City Council that would modify building codes to require the construction of reinforced shelters in every new home in the town of 56,000.

The suburb was also hit by a massive tornado in 1999 that followed nearly the same path as the storm Monday that killed at least 24 people.

Lewis says he is confident he'll get the four votes needed on the six-member council. The measure could be in force within months.

Underground safe rooms are typically built below garages and can cost around $4,000.

At least 24 people, including nine children, were killed in Monday's mammoth tornado, the state medical examiner's office has said.

Lewis said he does not expect the death toll to rise.

Glenn Lewis was the mayor of Moore, Okla., when the strongest tornado on record whipped the city in 1999, and he says the most recent storm won’t deter the community from rebuilding.

Lewis said the cleanup has already started — and that city workers were already at work printing new street signs to replace those that blew away.