Coronavirus: Trump readies to give out cash to Americans 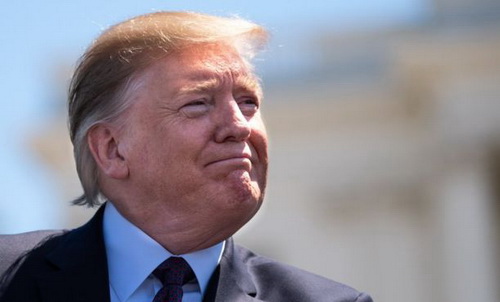 Coronavirus: Trump readies to give out cash to Americans Follow @Graphicgh

Some good news – in the form of money – may be coming to Americans soon.

On Tuesday, Treasury Secretary Steve Mnuchin said that the Trump administration plans to move “immediately” to send money to Americans as the coronavirus cripples the economy.

The announcement follows much discussion over how the government could act to help shore up American workers’ bank balances now, with so many businesses temporarily closed or operating at reduced capacities.

A thousand dollars for everyone

Sen. Mitt Romney, R-Utah, said this week that he wants the government to send every adult $1,000.

Details on how big the checks the Trump administration hopes to deploy have not been disclosed. Of course, any plans would need a green light from Congress.

“The basic idea of getting money into the economy very quickly is a good idea,” said Leonard Burman, institute fellow at the Urban Institute, a non-partisan think tank, and co-founder of the Tax Policy Center.

It is also an improvement over potential payroll tax cuts, another idea that has been touted by the Trump administration and others in recent weeks.

“The ideal thing would be to target the payments [at] the people who are most vulnerable, the people who lose their jobs who are working in industries that are severely affected by the coronavirus,” Burman said. “It’s hard to set up something to do that right away.”

Whether and how the extra income is taxed will also depend on the terms of the program.

Burman said he thinks making that extra income subject to income taxes is a smart move. That way, he said, it would put a greater burden on high earners to pay more of it back. It would also increase state income tax bases that will be hurt in a recession.