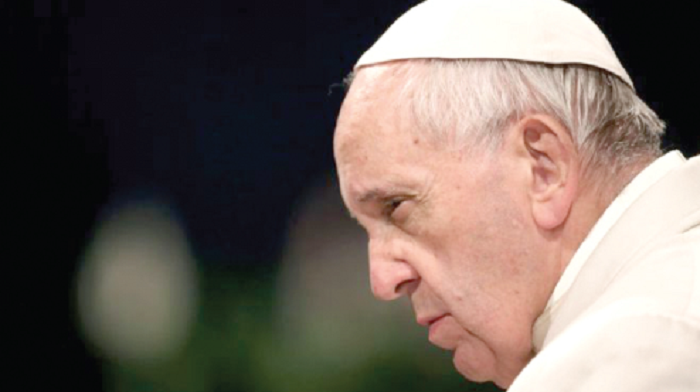 Pope Francis has told a group of Nigerian priests to pledge obedience to him or face suspension from the church.

The row is over the refusal by clergy in the diocese of Ahiara to accept the appointment of a bishop made in 2012.

The pontiff told an audience of Nigerian Catholics in Rome last week that the "people of God are scandalised" by what has happened.

It is unusual for the pope to issue this kind of threat, says the BBC.

He gave the clergy until July 9 to each write a letter declaring their obedience to him and asking for forgiveness.

The president of the Catholic Bishops Conference of Nigeria, Archbishop Ignatius Kaigama, was at the meeting in Rome and told the BBC that the pope was very sad about what was happening and he could see "the pain in his eyes".

"He was upset that his children were going in a different direction," the archbishop added.

Ever since Bishop Peter Okpaleke was appointed by the Pope's predecessor, Benedict XVI, Archbishop Kaigama has been part of a group trying to persuade the clergy in Ahiara, south-eastern Nigeria, to accept the appointment.

He told the BBC that the problem was that the local clergy and the bishop were from different clans of the Igbo ethnic group.