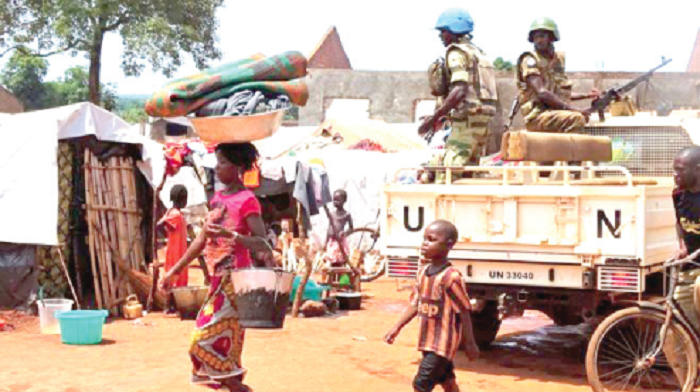 AT least 40 people have been killed in fighting in the Central African Republic (CAR) a day after a ceasefire was signed between rebels and the government.

The mayor of the town of Bria, north-east of the capital, Bangui, spoke of bodies lying in the streets.

It was intended to bring armed groups into the political process in exchange for ending attacks.

Thousands of people have been killed and hundreds of thousands displaced in the CAR since mainly Muslim Seleka rebels ousted President Francois Bozize in 2013.

The move triggered a backlash from mostly Christian militias, called the anti-balaka.

"There are also bodies in the neighbourhoods that have not been picked up yet," he added.

The peace agreement was brokered by the Sant' Egidio Catholic Community in the wake of years of sectarian violence and the deployment of a long-running United Nations (UN) peacekeeping mission in the country.

More than a dozen militia groups agreed to end hostilities immediately and to co-operate with a truth, justice and reconciliation commission.

However, observers said armed groups were yet to show an interest in laying down their arms.

A BBC West Africa report said deals had been signed in the past few years but all had failed to bring the country back to peace and stability.