Wishful thinking and craving for ‘Dumsor’ 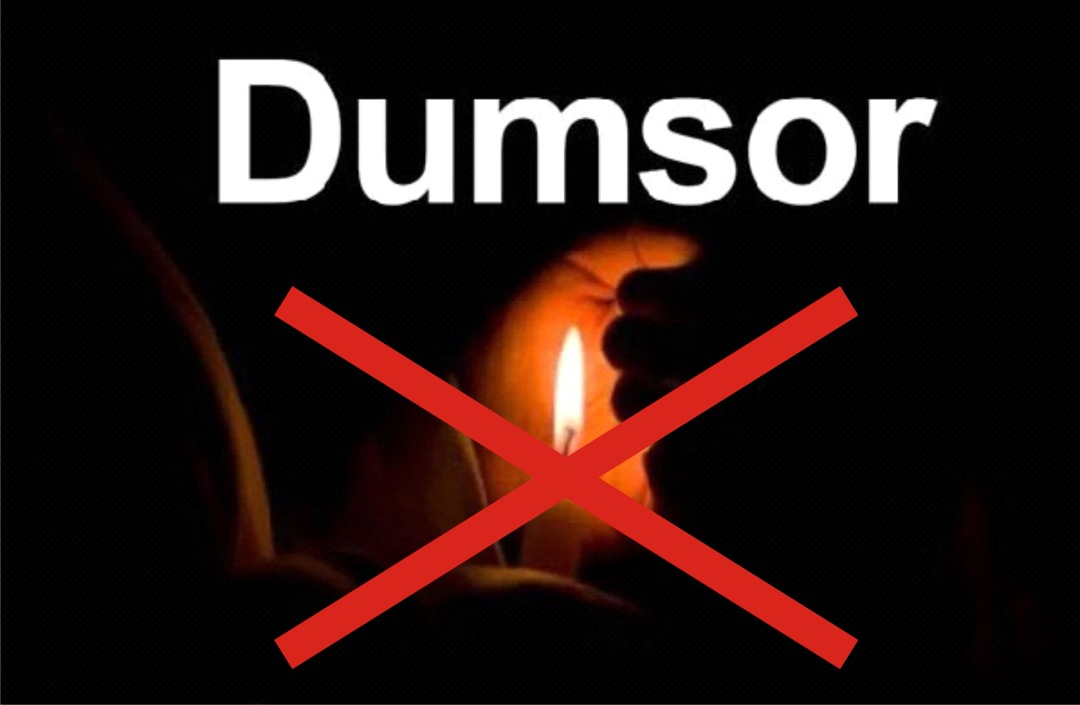 Between 2014 and 2016, Ghana went through a turbulent period of an erratic power supply that affected every facet of life.

The situation was terrible and the country gained notoriety in the international community that the Twi word ‘Dumsor’ found its way into Wikipedia with countries poking fun at Ghana.

Investors shied away from Ghana and businesses collapsed with some expatriate companies relocating to other African countries because of the high cost of doing business in Ghana as there was no power to use.

The government at that time used various means in trying to save the situation and made some gains but did not succeed entirely.

‘Dumsor,’ which means ‘put off, put on,’ became a major political football for Ghana’s two leading political parties, the National Democratic Congress (NDC) and the New Patriotic Party (NPP), as to who did what, when and how to solve the power crisis.

Today, the government, through the Ministry of Energy, has rolled out measures that are offering Ghanaians reliable power supply than what was experienced during the “Dumsor” period.

Surprisingly, some political players are craving for the return of Ghana to the dreaded ‘Dumsor’ all in the name of scoring political points, although the Ministry of Energy has offered lots of hope to Ghanaians to the effect that the days of erratic power supply are over.

The current handlers of the energy sector are on top of their game to ensure that Ghana enjoys stable power supply at all times.

There is a new policy direction on PPAs, prudent addition of generation capacity and an increasing share of renewable energy. The way forward for contracting PPAs has been cleaned for the best, as there is now take-and-pay arrangements, no more government guarantees and no more tax exemptions for PPAs.

What is fascinating about the current move to keep the lights on is the cap on energy tariff which will be denominated in Ghana Pesewas, as well as a provision of Bank Liquidity support for PPAs.

What is amazing is the fact that Ghana’s current installed power capacity has improved with additions such that on March 18, 2022, the peak system was 3, 469 Megawatts and available capacity for that same day was 3, 861 Megawatts.

Upgrading of power lines to reduce losses and increase transmission capacity have been enhanced with the Kumasi-Kintampo section completed and energized to improve the voltages in the Ashanti and Northern regions and that completes the entire 330KV Kumasi-Bolgatanga Transmission line which supports power to Burkina Faso through the existing 225KV interconnection line.

Presently, there is more Bulk Supply Points (BSPs) leading to improved power supply. The construction of the 580 MVA Pokuase BSP, which is the biggest substation, after whose commissioning has brought remarkable improvement in the reliability of power supply to Pokuase and its environs.

In addition to that, there is another 435MVA BSP at Kasoa, which is the second largest with a productive capacity of 435MVA and has helped in significant improvement in the reliability of power supply to Kasoa and nearby areas.

With power distribution, loss reduction strategies have been adopted and notable among them is the Meter Management System (MMS) under which there is harmonisation of several metering systems, remote and early detection of faults and managing all metering systems on common platform and therefore reducing workload and stress of Electricity Company of Ghana (ECG) workers.

There is also the Geographic Information System (GIS) which helps the ECG to attain an accurate asset inventory with electric poles, transformers, cable lines, substations and other electric utility assets.

With the GIS, ECG is able to analyse its network usage, recognise problems and risks, like power outages, have oversight about energy consumption, find potential threats to the distribution network and, also, manage utility asset repairs.

To further reduce power losses, Enterprise Resource Planning (ERP) under which all ECG business processes to facilitate seamless workflow for efficient operations has been rolled out, in addition to ECG Boundary Metering and Distribution Transformer Metering to enhance energy accounting and distribution system loss measurement.

As part of loss reduction strategies, the ECG Revenue Task Force was re-launched in September 2021 to identify power theft and recover debt across consumers.

To ensure payment to all players in the value chain to stay financially viable, there is the implementation of the cash waterfall mechanism and natural clearinghouse game plan running.

There is power commitment on the part of those handling the country’s power sector and that has manifested through the improved grid stability that Ghana is experiencing.

Grid stability was made possible through the relocation of 250MW Ameri Plant from Takoradi to Kumasi and completion of Gas Pipeline construction to Anwomaso in Kumasi, relocation of 80MW Volta River Authority (VRA) Siemens Thermal Power plant to Kumasi, proposal for combined cycle plant from AKSA (250MV) received and reviewed in addition to KARPOWER (235MV) proposal for Kumasi.

Tariffs rationalization is being pursued seriously as the Energy ministry is collaborating with the Public Utilities Regulatory Commission (PURC) to rationalize electricity tariffs to make the methodology transparent and the tariff structure non-punitive.

Ongoing renewable projects include the scaling-up Renewable Energy Program (SREP) under which some 80MW would be generated. Thirty eight mini grids, 35, 500 Solar Home Systems (SHS) for off grid communities and 12,000 Net Metering PV for SMEs/Public Buildings/SHS projects are progressing with speed.

Bui Solar to generate 150 MW; complete Jubilee House Solar Phase II to a total of 912 KW and PPA negotiations between ECG and Lekela to generate 225MW and EleQtra to generate 50MW wind projects are all towards ensuring stable power supply.

With all that the handlers of the country’s energy sector and, for that matter, the government are doing, there is no way that erratic power supply will come back to disorganize Ghana, and those who are craving for ‘Dumsor’ are virtually doing nothing apart from wishful thinking and they will be disappointed big time.