To confirm or not? • Anxiety grips MMDCE candidates 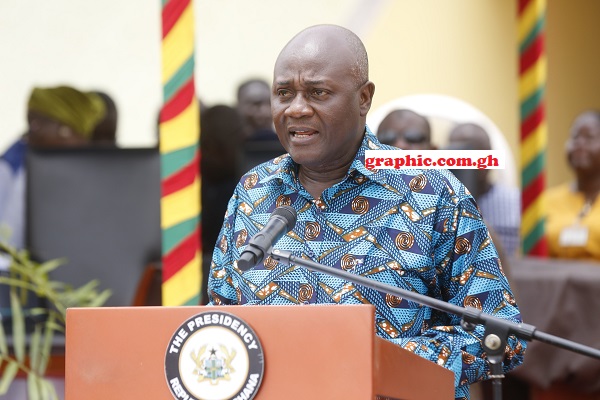 To confirm or not? • Anxiety grips MMDCE candidates
30.5k Shares

News of the list of approved candidates for the position of Metropolitan, Municipal and District Chief Executives forwarded to the Minister of Local Government, Decentralisation and Rural Development, Mr Daniel Kweku Botwe, for release, has certainly stirred up anxiety.

The anxiety has gripped not only the applicants but also the various Metropolitan, Municipal and District Assemblies. Prior to the release of the list from the Presidency, there had been leaks of the recommendations of the national vetting committee. As to whether the leaks are right or not, it has created a very expectant atmosphere as the applicants would want to know their fate as either been selected or not, while the assemblies, especially assembly members, would seek to know whether the right people were selected for their jurisprudence.

Indeed, many have complained about the long delay in the appointment of MMDCEs. To the critics, the appointments should have been made earlier. President Nana Addo Dankwa Akufo-Addo, however, explained that the seeming delay was to ensure that the right people were selected for the position.

In fact, looking at the credentials of some of the applicants, I believe that when they are given the nod by the assemblies, they should be able to deliver beyond the national expectation. Apart from academic qualifications, the candidates must work to deliver on their mandate.

The interest of the people and community must always come first. This is where I expect assembly members to adhere to the admonition of the National Dean of Presiding Members, Mr Joseph Korto, for assembly members not to delay the confirmation of the MMDCEs when the names finally come out.


Mr Korto’s admonishment should not be seen as influencing the decision of assembly members but a piece of advice to help speed up the development processes of the various assemblies. But it does not also mean it should be a rubber-stamp approval by assemblies.

Beyond this, my concern is with assembly members who may desire to be ‘sorted out’ before they approve the President’s nominees or candidates who may want to pay ‘losing bonuses’ for the selected candidates to be rejected.

Our communities are currently faced with some development challenges that needs to be addressed. And for almost nine months into the second term of President Akufo-Addo’s administration, we do not have the luxury to delay any further to deliver on the needs of the people. Time lost is money lost.

It is a fact that the assemblies might be working but to what extent are they effective when there is no substantive MMDCE?

This is where as a country, we need to comprehensively review the appointment and removal of MMDCEs so that their appointment or position does not become coterminous with that of the President of the republic.

If the appointment of MMDCEs requires the approval of assembly members, we must also review the law to ensure that before an approved MMDCE is removed from office, his or her removal must also go through the same process.

We will be deepening our democratic processes when we limit the powers of the appointing authority through such processes.

Indeed, some MMDCEs who were appointed in 2018 after the creation of the districts, are sitting in limbo because they do not know their fate. It is true that although they were guaranteed four years on appointment, their appointments can be terminated by the President.

Even if they are re-appointed, they have to go back to the assembly for approval again.

This is where I believe we need to review the appointment and termination processes of MMDCEs to enhance our democratic governance.