The Radio Ada attack and the benevolence of McDan 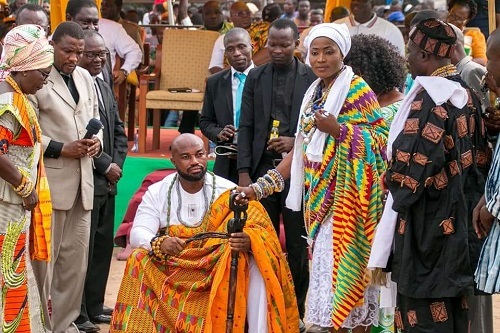 The Radio Ada attack and the benevolence of McDan Follow @Graphicgh

The story of how Radio Ada was attacked and vandalised and how some of its workers were brutalised by some unknown armed men was recently aired by several media houses.

It is very unfortunate that journalists, in the line of their duty in a democratic dispensation, will be brutally attacked with impunity.

Most of the news had it that the unfortunate incident occurred at the time when discussions on the Songhor Salt Project were ongoing on the radio station.

Clearly, some segment of people in the Ada Community has labeled Radio Ada FM as anti-Songhor Salt project because of the daily criticism against Electrochem Ghana Limited, a subsidiary of McDan's Group of Companies.

First and foremost, I want to state in no uncertain terms that the action of the thugs is completely condemnable, it is uncivilised, unprincipled and unacceptable.

It is therefore right to call on the police to diligently investigate such a barbaric act and the culprits be vigorously dealt with according to the principles of the rule of law.

Also, the Jesuits of Ga-Dangme want to opine that it is unfortunate if Radio Ada's incident was another attempt to soil the hard-earned respectable image of the CEO of Electrochem, Dr Daniel McKorley.

Factually, it is quite surprising to see how a handful of people would want to use some callous means to settle issues while there are numerous legitimate means of doing so.

In fact, the incriminating attitude of the purported Ada residents who attacked Radio Ada looks as if Dr McKorley by his own powers came out of the blue and hijacked Songhor.

Clearly, it is on a public record that due processes were followed - from the consent of the government of Ghana, through the ratification of the Parliament of Ghana to the concerted approval of traditional leaders and chiefs in Ada.

In fact, McDan had massive blessings and concerted certification from all those quarters.

Against this backdrop, we humbly want to ask a few questions:

Is it a sin for McDan to be seen as the one who can bring the best out of Songhor, hence his being given the mandate to explore it?

Is it a crime for McDan to uplift the face of Songhor to a level where it can generate a projected annual revenue of $15m for the country more than his predecessors?

Is it an indictment for McDan to have more job opportunities of about 2,000 for the Ada residents more than his predecessors?

Is it an abomination for McDan to have maintained the former workers of the Songhor Salt Project?

Is it criminal to have a plan of building Astroturf pitches for the people of Big Ada and Sege respectively?

Is it a fault to run a project that will result in the payment of about $3m of royalties to stakeholders?

Is it sinful for McDan to want to be kind to the widows in Ada with a plan to support them in their financial and material needs annually?

Is it a reproach to have plans of building schools, hospitals, sports academy, etc. for the people of Ada and its environs?

Is it a crime for Nene Kabu Kuranteng I to be fulfilling his mandate as the development chief of Ada?

Honestly, the questions may go on endlessly, but we have one last question for those who may be behind every ploy to bad-name McDan because they may have been somewhat disadvantaged since Electrochem took over Songhor.

Have they, perchance, exhausted every legitimate avenue to have their grievances addressed?

Using foul and forceful means will rather create more problems for themselves and the people of Ada.

If they cannot approach those who authorised McDan for reasons best known to them, they should humbly approach McDan for a roundtable dialogue.

Dr Nii Nshia McKorley, as far as we know, is a listening and lively leader who we believe has what it takes to address the prevailing issues in Ada for peace to prevail.

Any attempt to destroy Dr Mckorley's person without using legitimate means to address the concerns and grievances of the so-called selected few will never work.

Therefore, it is time they stopped playing the devil's advocate and used the right channel to resolve issues.

Dr Daniel Nshia McKorley, a law-abiding citizen and principled businessman, will always employ legal means to deal with issues he is uncomfortable with and not resort to vandalism and scandalism.

The writer is an educationist, social commentator and the Convener of the Jesuits of Ga-Dangme