Peace, whole peace, nothing but peace! 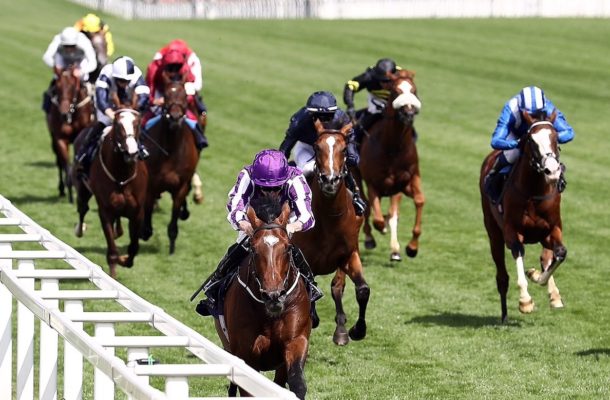 Like many other sports, horseracing is virtually dead in Ghana. In the 1960s, however, horseracing was very alive in Accra and Kumasi.

The Accra Turf Club had its Race Course between the Accra Sports Stadium, and the present locations of the Accra Conference Centre and the Kempinsky Hotel.

Some champion jockeys were Kantara Kamara from Mali, Joe Mahdi Elginoir from Sudan and Jim Mackerness from Lebanon.

Like it is the case in a 400 metres race in athletics, the final bend to the finishing line in horse racing called the “home stretch/straight!” saw jockeys spurring their horses furiously, sprinting to win the race as the crowd cheered on.

With three days to go for the December 7, 2020 election, we are in the “Home Stretch/Straight” with all parties finishing hard.

But are they finishing hard peacefully? Have the violent rhetoric of threats, insults and accusations ceased?

This is the eighth time Ghana goes for elections in our Fourth Republic. After the 2016 Election, excited friends from two African countries called me to congratulate Ghana.

As if rehearsed, both praised Ghana for demonstrating leadership in Africa again.

He opined that they should rather advise Trump to concede defeat to President-elect Biden. Personal ambition must give way to wisdom and the good of the nation.

Do politicians want such negative comments about Ghana?

This article’s title is my coinage, replacing the word “Truth” with “Peace,” from the 13th Century English Common Law practice, requiring witnesses to take an oath by swearing/affirming to speak “the truth, the whole truth, and nothing but the truth!”

One version of oath-taking is that, in ancient Greece, the test for men speaking the truth was to hold their scrotums/scrota, hence the word “test-is/testes!”

Unfortunately, COVID-19’s seriousness has been relegated to the back-burner in favour of party politicking for votes.

Two pictures put together on the front page of the Daily Graphic of Monday, November 23, 2020 of the two major parties at rallies, showed the wearing of facemasks to be virtually absent.

Indeed, the DG for Public Health lamented the drop from 86 per cent to about 20 per cent. As for social distancing at rallies and peace walks, it is zero!

Indeed, foot soldiers continue to be bussed/“trucked” in cargo vehicles for rallies with deaths and injuries in accidents. Peace marches between relatives of the two major parties suddenly turned violent with firearms being misused.

Is this the undisciplined and violent Ghana politicians want to rule?

Politicians take advantage of the poverty and illiteracy of young men to misemploy them to engage in violence which can lead to serious injuries or death.

To the youth, please don’t devalue and sell yourselves cheaply to conscienceless politicians. Simply tell them to use their own educated children for the criminal misuse and violence they put you to if they consider that patriotic.

The British Field Marshal Philip Chetwode who died at 80 in 1950 said:

“The safety, honour and welfare of your country come first, always and every time.

The honour, welfare and comfort of the men you command come next.

Your own ease, comfort and safety last, always and every time.”

It was subsequently adopted as the motto for cadets graduating from the Royal Military Academy, Sandhurst.

Some Commonwealth Military Academies have adopted it. I recommend this wisdom to Ghanaian politicians!

I have consistently admonished politicians in my articles to eschew violence and promote peace. Does it make sense to kill fellow Ghanaians, so UN troops will come here to keep peace? What is the guarantee the UN will force itself on African nations whose leaders want to shed the blood of their compatriots so they can rule.

The current war in Tigray, Ethiopia, is turning into a massacre with Amnesty International reporting over 600 non-Tigrayans being butchered by retreating Tigrayan youth groups. 40,000 refugees have crossed to Sudan. Meanwhile, the African Union has said nothing!

Ghanaian politicians, is this what you want for Ghana?

Probably, a month’s attachment for Ghanaian politicians in war-torn countries with our UN peacekeepers, and shot at, will make them understand the consequences of irresponsible rhetoric promoting violence.