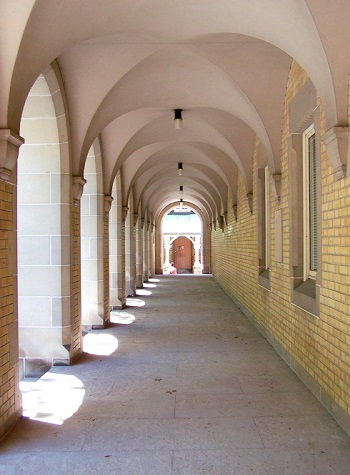 The impacts of climate change on human life is universal as nearly all land areas on earth are witnessing rising temperatures, severe storms, drought, rainfall variability and rising sea levels.

The changes in temperature in particular have resulted in rainfall occurring with severe thunderstorms.

In the Philippines, a severe thunderstorm believed to have been caused by climate change hit the town of Pangasinan causing havoc to life and property.

Just like any other country in the world, Ghana is not immune from the deleterious impacts of climate change as information available indicates that climate change is manifested in the country through rising temperatures, declining rainfall totals and variability, rising sea levels and weather extremes.

These manifestations stress the need for adequate adaptation measures to be put in place to deal with each of them.

One adaptation measure that can help the country to deal with the rising temperatures and weather extremes is the Nubian vault architectural design or technique.

The technique, which originated from upper Egypt, involves the construction of buildings with mud bricks vaulted roofs.

Unlike conventional buildings where cement, iron rods, wood, zinc and other materials are used in their construction, only local materials such as stones, mud bricks and clay mortar are used to construct Nubian vaults.

The mud bricks are those made of earth which are used in building houses in many Ghanaian rural areas.

An important feature of the Nubian vault that makes it very ideal for adaptation to extreme weather conditions such as thunderstorms is that it has a flat roof made of local bricks manufactured from clay obtained from old termite hills.

This roof top can never be removed no matter the strength of any storm. With this quality, the Nubian vault can help many Ghanaians deal with the frequent removal of building roofs, which usually occurs at the commencement of the rainfall season in March or April every year.

Quite recently, there were media reports of a rain storm that hit the town of Janga in the North-Eastern Region, displacing about 700 people and removing the roofs of some educational infrastructure in the area.

Also, in Lawra in the Upper West Region, a severe rainstorm hit the town in March this year removing the roof of the girls’ dormitory of the Lawra Senior High School and displacing some residents of the town.

The architectural design of the Nubian vault also makes it suitable for adaptation to the rising temperatures associated with the climate change phenomenon.

With this technique, the entire building is constructed and roofed with mud bricks and this makes the interior of the building very cool.

This quality of the building makes it very ideal to deal with warmer weather situations. The major problem many Ghanaians have when there is an interruption in electricity supply is their inability to power their fans and air conditioners at night as the rooms become unbearably warm.

With Nubian vault, one does not have to worry so much about power outages at night as the very cool nature of the rooms can make someone sleep comfortably without a fan.

The ancient vault in Egypt, from which the current Nubian vault was adapted, is more than 3,350 years old and it is still in a fairly good state!

A well-maintained Nubian vault can therefore, serve multiple generations. In countries such as Burkina Faso, Mali, Senegal and Benin, the durable nature of the vault has made it the preferred choice by many people in the construction of schools, hotels, hospital and private homes.

The cost associated with putting up a Nubian vault is ridiculously low as compared to conventional cement houses.

A greater part of the cost is the wages of masons and labourers, but every other material can be obtained for free, depending on one’s location.

It is also less stressful putting up a Nubian vault building as many people who want to own houses worry about their building materials being stolen.

With Nubian vault, one sleeps like a baby as he or she builds as no mason or labourer will steal a mud brick or clay to go and sell.

These advantages of the Nubian vault have made it the ideal architectural design in response to climate change adaptation in Ghana and beyond.

The writer is a WASCAL scholar and PhD candidate in Climate Change & Education, University of The Gambia/Department of Communication Studies, University of Cape Coast.