No Neutrality Allowance, no fertiliser? 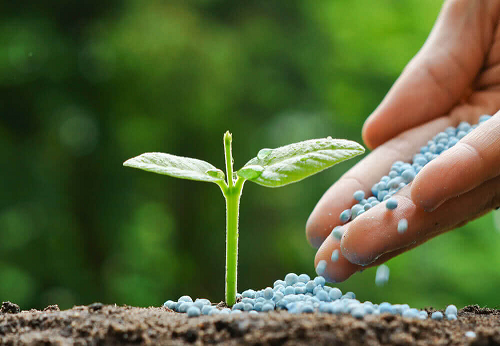 For many weeks this year, Ghanaian experts, talkers and prognosticators have been warning of famine ahead. One of the causes, we are told, is lack of fertiliser.

As vividly as I remember the name of the Agric Minister, there was no Ukraine-Russia war last year when farmers started complaining about fertiliser shortage. At that time, the cause was smuggling.

As far back as that time, researchers from the Centre for Scientific and Industrial Research (CSIR) were pleading with the government to supplement our fertiliser imports with local organic sources.

This week, it has been revealed by an official of the CocOBOD that truck-loads of chicken droppings leave Drobo and other border towns in Ghana regularly bound for Cote d’Ivoire.

Drobo has a thriving poultry industry. Apparently hitherto, the Drobo poultry farmers had no use for the droppings and were paying labourers to dispose of the “smelly nuisance”.

Then Ivoirien farmers started paying good money for the product and, lo, droppings are now worth gold.

What’s the point? Simple: Wherever groupings of poultry farmer are enough to constitute a Poultry Village, they are a potential for solving (a part of) the fertiliser problem. Little drops of water!

Decades ago, as far back as 1926, Dr Ephraim Amu, as a tutor in charge of gardening at the Presbyterian Mission Seminary at Akropong, was teaching his Agric students how to manure farms with human waste!

Military ruler General Kutu Acheampong and most of his team had no degrees after their names but their Supreme Military Council government of the 1980s not only averted hunger but also successfully led Ghana to produce enough to export the surplus. How?

Simple: students at all levels of education were made to farm and were fed from their farms.

Does it take Einstein or Archimedes to know that by reducing the number of people without food, a government can turn famine into hunger? Little drops of water.

So why, in the 21st century, should students of Colleges of Education (or any students) go hungry because government subvention for buying foodstuff for the dining hall delayed?

If there was a School Farms Policy in place, how many hours would students have to spend on farms to produce cassava, plantain, yam; fishes, rabbits, etc?

When our current Minister of Agriculture paints a glorious picture of the state of the nation’s agriculture, I go into flashbacks. In Secondary School Form Two, we read the story of Abdul.

From nowhere, he arrived in a certain town carrying a bag. In the bag was what everybody saw as ash.
Abdul, however, insisted it was sugar but that only the righteous and people with a good heart could taste sugar. Anybody who did not recognise it was sugar was a bad man.

The first to try it was the chief. He tasted it, smacked his lips and jubilantly proclaimed, “Ah, sugar!” Since nobody wanted to appear sinful, the whole town queued behind Abdul’s room for a table-spoonful of “very sweet sugar”.

By the time someone was brave enough to confront Abdul as a scoundrel, the stranger had made tonnes of money and vanished into thin air.

Our beloved Agriculture minister has a way of “proving” that Planting for Food and Jobs has succeeded and that Ghana is abounding in crops, fish, birds and four-footed animals. More soon.

You may ask: Why are we so poor?

To answer this question, is it possible, first of all, to know which ministers or officials negotiated with civil servants and appended their signature to a document that bound the government to pay Neutrality Allowance to civil servants?

Why would any human being do that: pay a group of workers an allowance for a responsibility that has been part of their terms of engagement since the First Republic! What was the state of mind of those officials during the negotiations? Were their backs to the wall?

If this is the calibre of officials (with double Masters and PhDs) who have been negotiating oil and mineral deals, is there any wonder that Ghana is always caught holding the short end of the stick?

I can imagine the quality of imported three-piece suits around the negotiation table.

Nonetheless – and this is only an appeal to good conscience – CLOGSAG need not insist on its pound of flesh.

Yes, they have demonstrated superiority of negotiation skills against a government side that still needs some schooling. Yes, the entire economy has been committed to the arrangement. Legally, nobody can deny them their due.

But will anybody in CLOGSAG eat a human head merely because it was they who did the decapitation?

A standing ovation for the team of civil service negotiators! Meanwhile, Ghana needs them to convert chicken droppings into fertiliser.