No! It is not well with my soul! 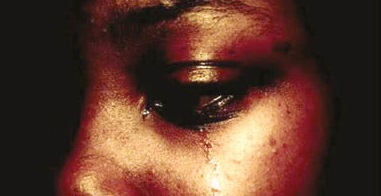 After paying our final respects to Uncle Bill as we affectionately called Wg Cdr William Opoku (Rtd), on Friday, July 15, 2022 at the Garrison Methodist-Presbyterian Church, Burma Camp, the Men’s Fellowship’s parting song with our first Chairman, as we went to sit down, was Philip Bliss’ popular hymn “When peace like a river attendeth my way!”

My colleague Kwame, who was sitting next to me, then told me the story of an incident during a burial service a few months earlier in Accra.

From his “ringside” position directly behind the widow, Kwame said, all around her promptly stopped singing like soldiers responding to a command at the Independence/Black Star Square!

Before I attempt discussing possible causes of the widow’s outburst, when/how did the popular hymn at funerals, “When peace like a river attendeth my soul” originate?

Horatio Spafford was a wealthy lawyer in Chicago, Illinois, USA. In 1870, he lost his four-year-old son to scarlet fever.

A year later in 1871, a fire incident, which became known as the “Great Fire of Chicago”, completely burnt down his real estate property, wiping out all his investments.

To take a break from these misfortunes, Spafford decided going on a holiday in England with his family. Just before departure, business forced him to postpone his voyage while his wife and four daughters went ahead.

On November 22, 1873, while crossing the Atlantic in their ship, Ville De Havre, they were struck by another ship Loc Ean. Two hundred and twenty six people lost their lives, including all four daughters of Horatio and Anna Spafford. Miraculously, Anna Spafford survived. On arrival in England, she sent a telegram to her husband beginning with “Saved alone……”

Horatio Spafford then set sail for England himself. When they got to the point where his daughters drowned, Spafford wrote the words of the famous hymn with the refrain, “It is well with my soul” which Philip Bliss later made into a hymn. The first verse and the refrain is as follows:

Whatever my lot, thou has taught me to say,

It is well, it is well with my soul!

Kwame and I agreed that while the immediate cause of the lady’s scream of “it is not well with my soul” came from the pain and anguish of losing her husband, the remote cause could be more from her fear of the future without her husband.

It appears that for some families, the standard operating procedure (SOP) for handling widows is to declare them “Public Enemy No 1” as soon as the husband dies.

In the past, some were literally chased out of their matrimonial homes.

To a large extent, the Intestate Succession Law (PNDC Law 111) has helped solve this problem.

However, some widows are still subjected to indescribably cruel and dehumanising treatment in the name of “widowhood rites!”

For some families, the death of the husband has often led to the end of secondary school education for the children, as all assets of the deceased are taken over by the family, leaving the widow and children with nothing.

Kwame and I thought that, while in a few cases, the family’s hostility to the widow is a reaction to her allegedly not treating the family well, generally it is the unfortunate feeling the family has of wives “enjoying” all that their son the deceased toiled for. For the family therefore, it is “pay-back-time!”

However, for some strange reasons, many men do not make wills, thus leaving widows and children at the mercy of families.

Men, let us have our wills made, so in the event of an early exit, wives and children can continue with life seamlessly!

However, most importantly, husbands and wives must realise that in our culture, marriage is a union between two families, and not two individuals as happens elsewhere. Where there is mutual respect between the two families, hopefully, there will be peace when the man dies.

Religious bodies, NCCE, CSOs, etc. must all educate the Ghanaian society about maltreating widows and their children when a husband/father dies.

That way, a widow will not scream “it is not well with my soul,” at her husband’s burial service, anticipating what bleak future waits ahead!