How do you undress a naked man? 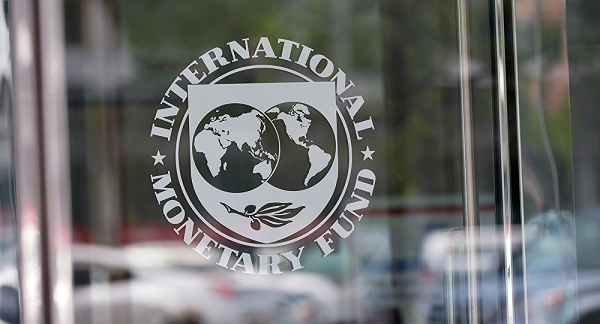 Going to the International Monetary Fund(IMF) once or twice is not a mark of failure. It is another matter, however, when you go there 17 times! Seeing what we have done with all the loans and our natural resources, there are some who still think we gained independence too soon.

One thing is for sure, however. As has been acknowledged from the time of Aristotle, Pythagoras and Hippocrates, the African is not stupid by nature; anybody who builds a pyramid cannot be. These three most respected minds, plus other Greeks, came to Africa in search of knowledge, and were here until Alexander the Great invaded Egypt in 332 Before Christ(BC).

The question I have been asking myself is, why did we pull out of the IMF programme in 2019? To be fair, the Finance Minister, our beloved Ken, opposed the decision. Problem is, he had no alternatives. If you think he did, just look at what we are going through even with the Domestic Debt Exchange Programme. His first reaction to threats of court action by bondholders was that the action would not succeed - because government cannot be sued.

Should a nation approach governance by hiding behind the law? The people cannot be wrong and government right, when it is the people’s savings that are at stake.

As of last Tuesday, there were happy indications that bondholders and government had agreed to sit down. I insist that we would not have gone through this horrifying impasse of the past few weeks if government had been humble enough to sit down with bondholders before taking the decision.

Kweku Ananse climbed a tree with a pot which he said contained all the wisdom of the world. Neighbours kept dissuading him but he wouldn’t listen.

When Ghanaians were expressing concern about the decision to fly the President in luxury private jets, which only the super-rich of this world can afford; when well-meaning non-political actors complained that government was borrowing too much, it was not because they loved Akufo-Addo less; it was because they loved Ghana more, and because they had seen economies go down whose presidents adopted lavish lifestyles.

Like Emperor Jean-Bedel Bokassa crowning himself on December 4, 1977 at a coronation that cost his Central African Empire $20 million. He imported eight horses from Normandy and a military band from France to play Mozart.

His aide told newsmen that the aim of the coronation was to draw investors and tourists to the country!

Why would the President of an African country, whose citizens drink and bath with water from brown, tadpole-infested village stream, need to take a shower on an airplane in an 11 hour flight? That kind of lifestyle is for and by people whose pot of gold is their own personal acquirement and is bottomless.

Ghana officially exited the IMF Extended Credit Facility programme on April 2, 2019. Government swore “the country will not go back to the IMF again”.

For sure, the government worked hard, so hard the economy grew, interest rates declined and the cedi stabilised. We should be clapping for that.

By 2021, however, the economy was back in trouble. Current account and budget deficits widened and inflation began to gallop as the currency depreciated and credit dried up as interest rates rose. That was before COVID-19.

Nobody was surprised when, on September 5, 2022, the IMF President announced after a meeting with Akufo-Addo in Rotterdam, that the IMF was likely to agree to a $3 billion deal with Ghana by the end of that year.

That is when the Finance Minister should have resigned, or been sacked by the President. But he stayed on, in spite of a fact of life noted by Nigeria’s Chinua Achebe in his book, ‘Arrow of God’, that “A disease that has never been seen before cannot be cured with everyday herbs.”

The writer is Executive Director, Centre for Communication and Culture.
E-mail:This email address is being protected from spambots. You need JavaScript enabled to view it.