So who missed the party? 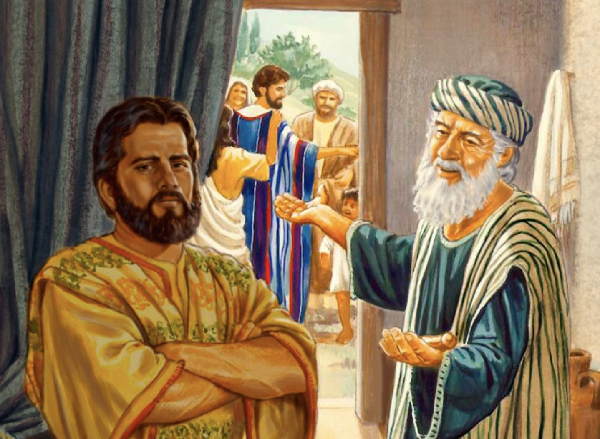 Painting of the prodigal sons’s brother, with his father appealing to him
30.5k Shares

I asked a friend, “If God were to give you the prerogative to determine who goes to heaven and who doesn’t, how would you use this privilege?

”My friend thought briefly and said, “I know some people whom I would never allow to step in heaven!”

It was a minor test, but my friend’s response confirmed what I have always suspected—that some of us are so intolerant that even if God admitted certain people into his kingdom, we would throw them out if we had that authority!

Lest we think this notion is far-fetched, let us recall the ungrateful man whose creditor forgave him a huge sum of money because he couldn’t pay. Stepping out, he found his debtor who owed him peanuts in comparison.

Disregarding his creditor’s generosity towards him, the ungrateful man molested his debtor and got him thrown into prison.

This unforgiving spirit permeating humanity is the reason why the Lord Jesus taught us to pray, “Forgive us our trespasses, as we forgive those who trespass against us” (Matthew 6:12).

Do you remember the parable of the kind-hearted father with his two sons? The younger son absconded with family inheritance and spent it frivolously but the older son was dutiful and loyal.

When the wayward son’s resources ran out, he came to his senses, remembered his father’s magnanimity and returned home broken and repentant.

The charitable father quickly forgave his son and threw a party for him, turning the atmosphere into unprecedented merry-making.

Now why did the Lord Jesus, who told the story, conclude with the poor attitude of the older son towards his brother and their father’s reception in his honour?

To answer this question, here is the case of a young man in our church called John who is virtually an absentee member. His behaviour leaves much to be desired and his utterances do not match his claims of conversion.

John was baptised when he declared his faith and commitment to Jesus and joined the church. His conversion was quite dramatic, having been saved, as he put it, from his waywardness.

For several months in the year, John will show up at church only a few times and then vanish again. The next time he appears, he has loads of excuses for his absenteeism and lack of commitment.

While many members put their talents and resources at the disposal of the church to edify others, John made no contribution to church life.

We finally yielded to his request for a soft loan, which he promised to refund to the church in three monthly instalments.

He never paid back the loan and the church decided to describe it as “donation to the needy”.

One time John went away and was missing for such a long period that we thought he was gone for good. The visitation team never met him in his house.

Imagine how we felt when John appeared at church one day tipsy, having been gone again for a long time. He looked sad, broken, and repentant.

“I’m sorry,” he said. “I know my conduct hasn’t been good, and I’m only pleading with you to be lenient with me.”

As we listened, he added, “I promise to be punctual at church and helpful. I can even play the drums if you will allow me.”

I remember our reaction at the leaders’ meeting as the truant member waited to be properly received. We were fed up with John’s unruly behaviour and didn’t want him to waste our time but he seemed truly desirous for the opportunity to be welcomed.

“Can you please excuse us?” the clerk asked. “We are having a meeting and we are discussing something more important,” he added.

That was when I remembered the prodigal son’s older brother. He was coming from the field when he learnt that his wayward brother had returned home, and that their father had welcomed him with a sumptuous party!

Would you blame him for refusing to go home and join the party? Would you castigate him for failing to welcome his brother back home?

Yet the Lord Jesus concluded his parable about the love of God towards repentant persons with the hint of brothers (and sisters) who condemn others for their weaknesses and failures and refuse to welcome them.

So Paul admonishes, “If you think you are standing firm, be careful, lest you fall!” (1 Corinthians 10:12)

Loyal and dutiful as the older brother was, he was the one who missed the party! While prodigals and ordinary persons were enjoying the get-together, the self-righteous, holier-than-thou brother languished in self-pity.

There will always be the Johns, the prodigal sons, and the truants among the congregations and the family.

So with our intolerant nature, would we indeed prevent others from entering heaven if we had the authority?

When our heavenly Father has forgiven the prodigal sons around us, how can we, fellow sinners, declare anybody unfit to be welcomed or forgiven?

The writer is a publisher, author, writer-trainer and CEO of Step Publishers.