How to rally people around you 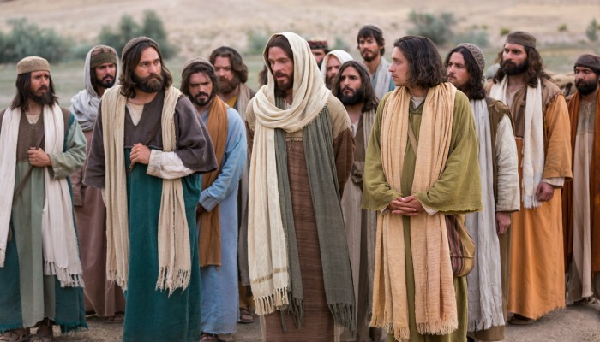 He lived with them and fellowshipped with them for three and a half years. After three years, Jesus commissioned them to go into all the world and share the good news of salvation with the world. How can you rally people around you?

• Appreciate the people around you.

Make people feel that you really want them around you. Rejoice with the people around you over their little successes and breakthroughs.

Their joy will increase when they feel there is another person rejoicing with them.

• Show people that you respect them, no matter who they are or what they have.

People will warm up to you once they know you respect them. Who wants to be despised? No one! In this world, many people are not respected.

Black people are often not respected by white people. In my opinion, Europeans and Americans do not respect third world nations.

People are looking for someone who genuinely respects them despite where they come from, who they are or how much money they have.

Anyone who has this ability to respect people, no matter who they are, will have people rallying around him.

Some people interpret teasing as looking down on them and making them small in the eyes of others.

This could be because of a complex they have had from childhood. Be conscious of people’s inferiority complexes and treat them carefully.

• Call people by their names soon after you have met them.

No one likes to feel that he is a mere number. No one wants to feel they do not matter. People will warm up to you when they realise that you know them by name.

They will be even more touched if you call them by their pet names. Make an extra effort to learn people’s names.

People are conscious of those who show concern for their lives, no matter how humble they are. Ask people about their homes, their jobs and their schools.
People need to feel that their leader has a genuine interest in their lives.

• Show an interest in people’s aspirations, visions and goals.

When you are only interested in your vision and goal, people will silently withdraw from you. When they sense that you have an interest in making them successful they will rally around you. Have a genuine interest in people’s aspirations and goals.

Once you have a genuine interest, it will show. The Bible says that out of the abundance of the heart the mouth speaks.

• food and drinks to visitors whenever you can.

When I was in the university, I visited many people on campus. I always remember a particular lady called Adelaide.

Whenever we would go to her room, she would offer us something to eat. Many times, she and her roommate shared their supper with us.

Learn the art of listening rather than talking. When you allow people to talk about themselves, they psychologically feel that they are closer to you, and they rally around you.

• Let the conversation centre around others rather than yourself and what you are.

It is vain to have self-centred conversations. If your conversations are all about yourself, your achievements, your vision, people will soon be tired of listening to you and move away.

Culled from The Art of Leadership

The writer is the founder of the Lighthouse Group of Churches.