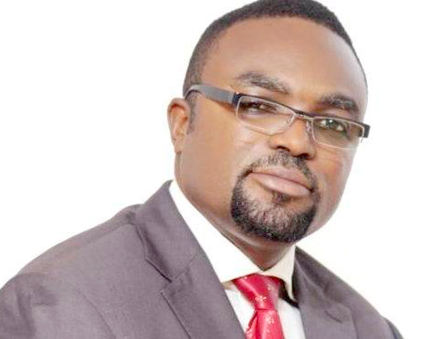 GA West Municipal with Amasaman as the District Capital has seen tremendous growth in population and business activity over the past 15 years.

In the 1980s and early 90s, the district was mostly rural with even arable farmlands for crop farming around the Kutunse, Obeyeyie, Ablorman, Achiaman, Doblo and Ashalaja areas.

The municipality has changed dramatically over the years with the influx of the middle class from central Accra and other regions who have found well paid jobs in Accra, and investing in residential properties.

Trading activities, including stores, markets, artisanal work, have increased rapidly in the municipality in the past few years.

Most women and youth are involved in trading, driving, marketing of foodstuffs and small-scale businesses.

The municipality has a district hospital with a bed capacity of over 100, a fire station, police station, district offices for health, education and other sectors under the municipal assembly.

It has been the stronghold of the National Democratic Congress (NDC) until 2021, when the New Patriotic Party (NPP) took over with Mr Afrifa Mensah as the Member of Parliament (MP).

The influx of the middle-class families and their increasing activity have resulted in congestion, deterioration of existing roads, lack of proper drainage systems, encroachment of government land, lack of bridges over major watercourses, lack of clean pipe-borne water and pressure on the electricity sub-stations.

I am yet to come across an asphalted road in the municipality as seen at East Legon, Bantama and other suburbs in Accra and Kumasi.

The road from Amasaman through 3-junction and Ashalaja to Kasoa in the Central Region was completed in 2016, but has completely gone bad due to shoddy work by contractors and supervisors.

The 3-junction road to Achiaman and Doblo-Gonno, Sarpeiman to Opah through Ablorman joining the 3-junction, Abehenase area, Obeyeyie, Fise, and many other roads at Shipontele, Medie, Kotoku and Kutunse have all gone bad except the Satellite Junction to Koans Estates.

The roads in the municipality need urgent reconstruction and repairs. Recently, we have seen some overlaying of asphalt on the Fise and towards the Hospital road.

Pipe-borne water is a luxury commodity in the Ga West Municipal. For over 12 years, we have not had water from the pipes and resort to sachet water.

Most inhabitants depend on boreholes and wells, and trek to other places to get water for household chores. We need urgent help.

The government is losing potential revenue because most of the houses are not connected to the main water lines.

The Ga West Municipal Hospital needs a facelift and improvements.

I strongly suggest that the municipality should be included in the over 100 district hospitals earmarked for construction in the second term of the President.

Either the current one is improved so it can cater for the numerous patrons and clients or a new land site is identified with the chiefs for a new hospital to be constructed with the old one as an annex.

There is generally lack of planning in the municipality as individuals and property owners build on watercourses and flood-prone areas.

The writer is an Agricultural Economist/resident.