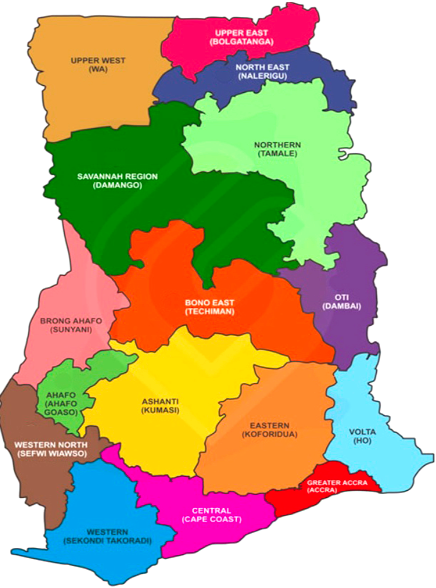 Poverty, like malaria, has become a pandemic in Ghana and in other developing countries, especially in Sub- Saharan Africa. Why is Ghana so economically backward and so slow to develop many years after extricating itself from colonialism?

Development as perceived by Torado and Smith (2012) is a multi-dimensional process involving major changes in social structure, popular attitudes and national institutions, as well as the acceleration of economic growth, the reduction of inequality and eradication of poverty.

Development can also refer to both the qualitative and quantitative improvement in people’s living standards and in all horizons of human endeavour, including education, health, and access to information, infrastructure, and housing and employment opportunities in the modern sector.

Many theories explain this peculiar plight of developing countries in Africa.

One common theory is that dark-skinned people living in Africa and elsewhere have been eternally cursed to be poor.

This theory is sometimes referred to as the ‘Curse Myth’ — a theory that has no shred of scientific evidence to support it.

Perhaps, it has been concocted to justify the treatment of black-skinned people.

The Curse Myth apart, there is another theory dubbed the Torrid-Zone Dwellers Theory, which claims that people who live in the tropics are adversely affected by the heat of the sun.

That claim is that the tropical climate is so enervating that the brains of those there are enfeebled and are, in consequence, rendered incapable of deep sustained thinking.

Apparently, there is no palpable evidence backing these spurious theories.

What, then, are the reasons why Ghana, a country which brags of being the first black nation to have emancipated herself from colonial rule some 65 years ago, a country endowed with enormous resources, is still struggling to develop?

Notable among the many researchers who have attributed Africa’s slow development to colonisation is Akinwande Oluwole Babatunde Soyinka, the first black man to win the Novel Prize in Literature.

He averts that Africa’s underdevelopment is the outcome of the “twin evils of slavery and colonialism inflicted by the Western world”.

According to him, slavery and colonialism were two monumental historical events that dislocated Africa and aborted the continent’s social, political, economic and technological development.

In the case of Ghana, it would be very dishonest to continue to attribute failures to slavery and colonial rule, when our country was freed from these historical events more than six decades ago.

In the abundance of water, it is only a fool who complains of thirst. Why is Kwame Nkrumah’s Ghana wallowing in poverty when we are surrounded by rich natural resources — gold, diamond, bauxite, manganese, timber, crude oil, fertile land, just to mention a few?

The various leaders have, since independence, done this country a great disservice. Our present and past leaders have been nonchalant about the large portion of the citizenry being poor, unemployed and marginalised.

To all appearances, the efforts made by the policymakers including Members of Parliament (MPs), the executive and top bureaucrats of the various ministries and departments to alleviate poverty have been ridiculously insignificant.

Various reports and surveys disclosed that the fundamental cause of Ghana’s underdevelopment is corruption. Corruption in Ghana has been a canker that has eaten into the greater portion of every aspect of our life as a nation; education, health, governance, judiciary and what have you.

According to Oladipo (2014), corruption and development are antitheses. Corruption depletes national resources and diverts desperately needed funds from education, healthcare and other social services, dislocates the economy and condemns the overwhelming majority of the people to illiteracy, hunger, poverty, misery, diseases and death.

There are no qualms at all that exogamous factors such as colonialism, neo-colonialism, slave trade and coups d’état have hindered Ghana’s socio-economic and technological development.

On the other hand, endogamous causes like partisan politics, corruption, ‘lootocracy’, among others, have rendered Ghana economically and technologically immobile.

Large sums of money, sufficient enough to catapult Ghana to an enviable economic and technological plain if channeled into economically productive ventures, end up in private pockets, yet past and current leaders shamelessly continue to globe-trot, with cap in hand, begging for aid.

If colonialism was a one-armed bandit, many of our leaders were/are two-armed bandits, spendthrifts, pillagers, plunderers and ‘lootocrats’. Thus, several

decades after extricating ourselves from the strings of colonialism and imperialism, most Ghanaians do not have access to reliable electricity, potable water, good road networks, quality health care, quality education, just to mention a few.

Until we get selfless, dedicated and committed leaders with clear vision and the courage to pursue them without losing elections, chronic poverty and

underdevelopment will continue to persist in this great but dormant nation.