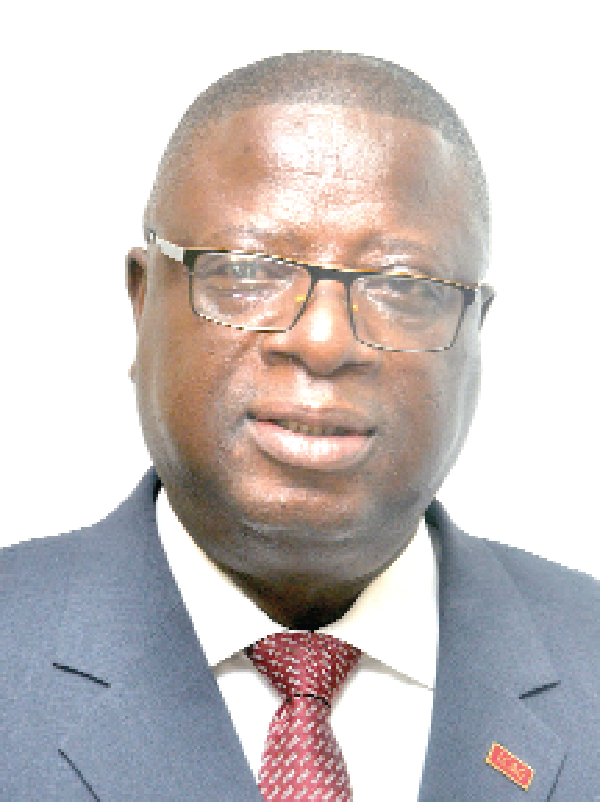 Today, there is a felt need in Africa to expand tax collection and grow internally generated revenue.

Accordingly, today most African countries are in love with mobile money taxation which is rapidly gaining momentum in the continent. Uganda, Malawi, Republic of Congo, Côte d'Ivoire, Kenya and Tanzania seemingly are the league leaders with Ghana lacing her boots to follow.

It is believed by politicians that it is a comprehensive tax that includes all that can be included in the tax net and proves a saviour to economic development.

Seemingly, the US is also beginning to look into what happens to the payment gateways akin to Mobile Money tax.

The only difference is that they want to ensure that taxes are paid by micro enterprises and small and medium enterprises that receive payments for their goods and services through gateways but seem to exclude such payments in their turnover for tax purposes.

Mobile money taxation lends itself easily to the convenience principle; it reflects the ease taxpayers can comply with rules and mechanisms of tax policy.

Tax assessment and payment should present the smallest burden possible on a taxpayer.

Again, the convenience principle has the added advantage and benefit of reducing the cost of tax administration as well as compliance.

It is also worth noting that tax systems fall into three main categories: regressive, proportional and progressive.

The proportional tax system has the element of inclusiveness and an all-embracing tax net.

Usually, it comes as a flat tax that impacts low-middle- and high-income earners relatively equally.

They all pay the same tax rate regardless of income.

The public outcry and the governance conundrum in Africa is the discriminatory application of the E-Levy to mobile money only, where the levy does not apply to corporate bank transfers, would disproportionately impact vulnerable groups who predominately only have mobile financial services as they are excluded from the traditional banking system.

For example, in Uganda, the rural poor who did not have alternatives other than mobile money were disproportionally impacted by the mobile money transaction tax.

Weak tax policies in Africa
African countries’ inherent tax policy weakness, particularly low capacity in tax administration and corruption undermines efforts to mobilise domestic revenues. As a result, most governments often take the path of least resistance in tax policies and develop tax systems that allow them to hopefully maximise domestic tax revenues rather than establishing rational, modern and efficient tax systems. Hence the avowed love of most governments in adopting easy to tax, easy to measure and easy to collect tax systems.
Unlike Ghana, some governments in Africa look on unconcerned, failing to address challenges in taxation in the mining industry, transfer pricing, tax exemptions and incentives, oil and gas taxation, property taxation,among others.

Mobile money has been proven to contribute to development, especially as it plays an important financial intermediation role by permitting savings to be invested in the local economy, increasing business productivity, stimulating job creation and boosting economic growth.

Furthermore, research has confirmed that mobile money taxation has the potential to reverse the financial inclusion effort of African governments and lead to the return of cash.

Again, an increase in the mobile money taxation may not bring the needed tax revenue gained since taxpayers may be pushed to look for alternatives in order to escape the tax net.

This will obviously impact negatively on mobile money interoperability, if taxpayers succeed in finding alternatives.

In the case of Ghana, it is believed that it would obviously negatively impact on the country’s remarkable strides made in mobile financial sector that is now one of the fastest growing mobile money markets in Africa.

It would slow down the financial inclusion gains made on the back of the proliferation of mobile money services by the country which saw access to financial services increased from 40 per cent to 58 per cent between 2010 and 2017 in Ghana as asserted by the World Bank 2018 and 2019 Economic updates.

The government also risk derailing the country’s pace setting status in financial sector innovation that has made Ghana market leader in the West African subregion; currently driving the growth of mobile money accounts in Africa, according to the Global System for Mobile Communication Association (GSMA) State of the Industry Report on Mobile Money.

The pressure is on

As African governments come under pressure externally and internally to meet public spending commitments and to finance broader development goals, mobile money transactions, seemingly with its ‘motivation conundrum’, is the window easily available to them to broaden the tax base; it is the formal financial service of choice for many underserved groups that easily fit into the broadening of the tax net.

Mobile Money taxation, though juicy to tax, does provide headache to governments and it is labelled as the easy way to tax the people; when in fact there are other areas that can even raise much more tax for national development, as enumerated above.

It is argued that Ghana model of taxing the sender does not necessarily increase the tax net, as the tax would still be incident upon those in the formal sector who are subject to direct taxation and would leave out those in our real sector of the economy who some choose to call the informal sector.

Most of these would be receiving mobile money as payment for goods and service they offer, but would not be covered by the E-levy.

So, the hairdressers, masons, hawkers, head porters, photographers, to name a few, who decide to accept mobile money for payment of their goods and services would not be taxed.

Success in finding a tax system that will aid domestic resource mobilisation on the scale that Africa requires to build a more inclusive and sustainable society will continue to claim the attention of African governments.

Conclusion
They love to tax mobile money transactions, I am afraid, will continue to be the tax strategy of African governments for some years to come until they begin to think outside the box in developing tax systems for rapid economic development of the nation.

However, in so doing it is imperative that African governments examine the constituent elements of the tax – the rate of tax to be applied, the tax base (on what is the tax to be imposed, the amount of transfer or the charges on the transfer), the exclusions from the tax (to avoid multiple taxation), minimum threshold above which the tax will be applicable – for a sustainable implementation of the tax for the needed domestic resource mobilisation.

No country can develop without taxes.

“Taxes are how we pool our money for public health and safety, infrastructure, research, and services – from the development of vaccines and the internet to public schools and universities, transportation, courts, police, parks, and safe drinking water”. (Holly Sklar)

The writer is a retired university teacher.