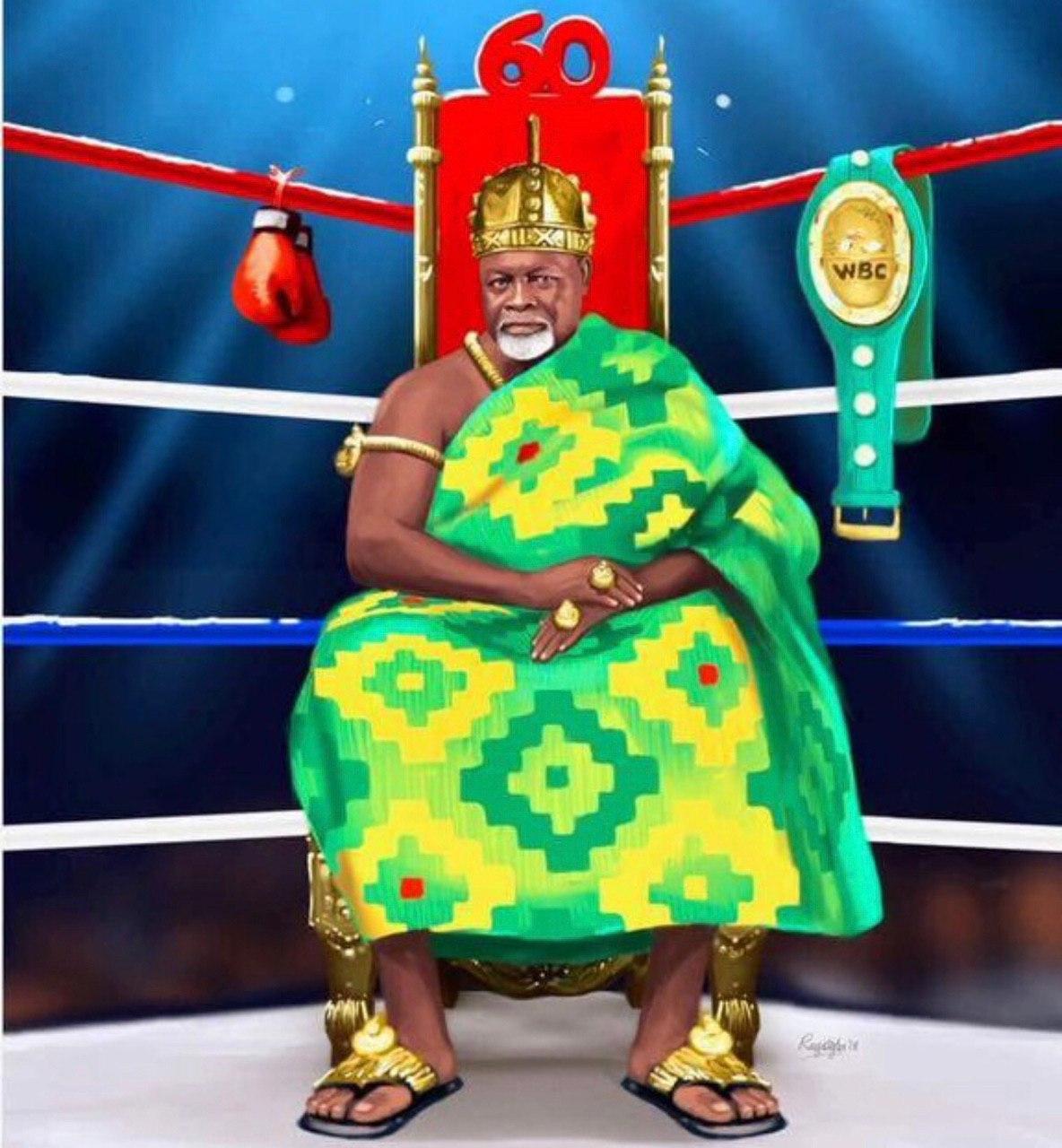 During the week, “Professor” Azumah Nelson celebrated his sixty-second birthday

In the opening sentence of his Graphic Online article on 21st July 2020 titled “Why we need a politics of trust,” the venerable journalist and former Chairman of the National Media Commission, Nana Kwasi Gyan-Apenteng, rather uncharacteristically started off this way.

“Let us tell a story! Once upon a time, a kingdom flourished in a land beyond geography...”

Grinning from ear to ear as I read Nana’s narration, my mind went back to the interesting stories Teacher Sarbah and Teacher Florence taught us in primary school in the late 1950s and the early 1960s. So, learning from Nana, “let us tell a story!”

Fighting from the red corner in the three-round Inter-Platoon Officer Cadets “Novices Boxing Competition” in 1972 at the Ghana Military Academy, my opponent happened to be not only older than me but probably stronger. His solid punches in Round One therefore shook the marrow in my teenage bones. As the bell went for the end of Round One, I knew I had been comprehensively beaten.

My Second in the Red Corner was a tough, experienced Warrant Officer Physical Training Instructor with a black belt in judo. He was affectionately called “Chigoru Kanu!” His instructions after wiping the sweat off my face were simple.

“You box beautifully, but you have allowed him to dominate you. So, you have lost Round One. Now, go after him aggressively in the next two rounds and win. The crowd is behind you and you dare not disappoint them. You can do it!”

With those words of encouragement, I did exactly what I was told, boxing toe to toe in the middle of the ring as my stubborn opponent would not go back. When I was declared the winner by a split 2-1 decision at the end of our fight, the jubilant crowd cheered me wildly.

However, for the next one week, every part of my body ached badly from the hard punches I endured from my opponent in that pyrrhic victory.

In our Latin class in secondary school, we were taught about the Greek King Pyrrhus of Epirus who fought against the Romans in 280 BC. After the war, he declared “another such victory and I go back to Epirus alone.” He had lost the bulk of his army in this expensive victory and could no longer continue fighting.

Victory was as bad as defeat. Out of that, the English expression of a “pyrrhic victory” was born.

For anybody who has ever suffered the way I did during and after my fight in 1972 in the Academy, Azumah Nelson will eternally be one of the most respected Ghanaians. Boxing is tough!

His professional career has not only been inspirational but also has lessons for our heavily polarized country which appears to be working hard towards tipping the brink into anarchy through uncompromising politics, tribalism and unbelievably reckless language.

Easily the greatest boxer Africa has produced, he is the only African boxer who has been inducted into the Hall of Fame of the World Boxing Council (WBC). A three time world champion in the featherweight and super-featherweight divisions, he is celebrated as one of the world’s greatest boxers.

In the early 1980s, Ghana’s national morale had sunk to its lowest after shops had been emptied in the name of revolutionary “control prices.” Hunger had set in after all stocks had been sold out without replenishment.

It was at this stage on 8th December 1984 that Azumah raised our spirits by beating the champion Wilfredo Gomez in Puerto Rico to become the WBC Featherweight champion of the world. That night, it was as if the whole country was set ablaze with joy to redeem ourselves. Over the next ten years, Azumah would continue to be a beacon of hope for Ghanaians as he boxed from victory to victory.

Perhaps, a fight which made Ghanaians extremely proud was his second fight on 1st March 1992 against three times world champion Jeff Fenech of Australia. Their first fight at the Madison Square Garden on 28th June 1991, New York ended in a draw. Believing he was robbed of victory, Fenech snubbed Azumah when he went to congratulate him.

When Azumah knocked him out in the return fight in Australia before his home crowd, this time it was Fenech who went to Azumah’s corner to salute him at the end of proceedings. Respect!

It was during the interview after this fight that he famously said the fight was like one between “Father and son,” and that he beat Fenech like his son. He added that “people don’t call me Professor for nothing!”

In Cambodia where I served as a UN peacekeeper in 1992-1993, I went to collect my operational vehicle from a Vehicle Park manned by Australians. When the officer asked where I came from and I said Ghana, he asked where it was. I simply said, Azumah Nelson’s country. He went red and cursed but quickly gave me my vehicle!

Azumah’s humility is a great lesson for the common Ghanaian question “do you know who I am?”

Fenech going to salute Azumah after losing to him was a sign of respect and humility, even in defeat.

Finally, Azumah’s deep faith in God is worthy of emulation. Indeed, in service to God and country, he paid for all the TV rights to enable Ghanaians watch his fights. How patriotic!

On the occasion of his 62nd birthday, Ghana wishes our beloved “Professor” a HAPPY BIRTHDAY!