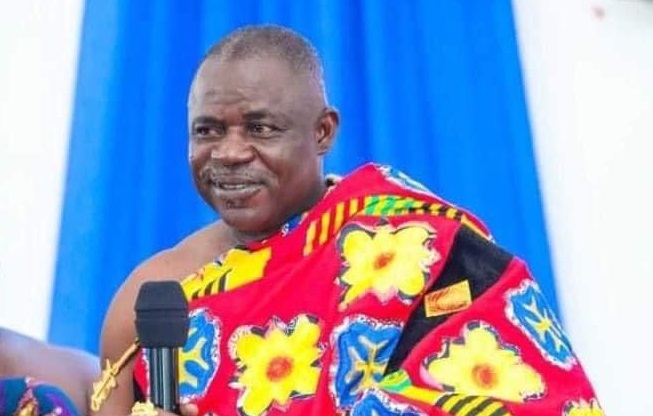 Barima Osei Hwedie II, the Ejurahene, is one personality whose many good works have passed largely unnoticed and I am singling him out for recognition as a traditional ruler and visionary civil servant par excellence.

I am by this pointing out the monumental works of one of the most prolific servants of our time who deserves all the support and encouragement to continue to drive the development of the Ejura Traditional Area, something he has done in the last eight years, and also as a civil servant for over four decades.

Barima Osei Hwedie II has excelled in what he does but, unassuming as he is, many of his works have gone unnoticed.

One of his significant achievements as a traditional leader has been the steps he took to ensure his subjects are insulated from robbery attacks and other criminal activities in and around his traditional area.

As a broadcaster who works with Kumasi-based OTEC FM, I have met many personalities in the line of duty but Nana Osel Hwedie II is one personality who in my view continues to distinguish himself among his peers in the country.

Nana is selfless, honest, very hardworking and above all very patriotic.

With assistance from his elders, the Ejurahene has since his ascension to the Ejura throne constructed a four bedroom apartment for the Ejura-Sekyedumase Municipal Health Directorate to house senior doctors serving in the area.

Together, they have fenced the Ejura Government Hospital to secure the land and to protect workers of the facility.

Nana also assisted in the construction of a maternity block for the hospital.

In the agriculture sector, Barima Osei Hwedie II is ever ready to provide land to government agencies, individuals and other corporate institutions to be used for farming, an action that has brought recognition to Ejura as the "Ashanti Region food basket".

Another significant initiative worth mentioning is the release of 653 acres of land to the Ghana Prisons Service in 2017 for the cultivation of food to augment the country's food production.

Nana has also pushed for a water project which is funded by the traditional council and he is doing a lot in the education sector as well.

These include the provision of land for the Ghana Baptist University College for the establishment of the school's headquarters; renovation of a dilapidated three-unit classroom block at the Ejura Anglican Basic School as well as the provision of scholarships to brilliant, needy students in tertiary institutions from the area.

With regard to security, Barima Osei Hwedie II has been championing the setting up of a military base in the traditional area, the construction of a police headquarters and a Ghana National Fire Service (GNFS) office to address the crime and the general security threats which usually arise particularly during the peak of political activities.