Back to roots with President showing way 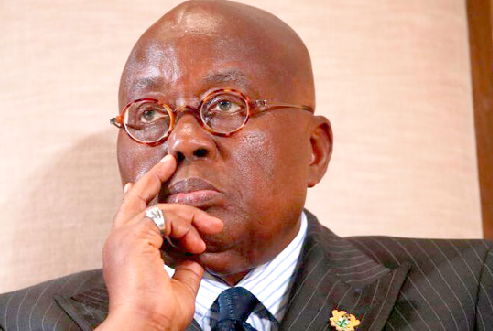 Ghana is currently the most peaceful nation in the West African sub-region, and the second best on the African continent.

The enviable achievement was chalked up not on a silver platter but through the hard work and sacrifices of successive governments.

The Nana Addo Dankwa Akufo-Addo led New Patriotic Party (NPP), however, stands tall in the achievement of this feat.

Many Europeans, including the Portuguese, the Dutch and Germans, at one time or the other settled in Ghana until the British finally colonised the country.

The European settlers adulterated the cultural, traditional and religious practices of the various ethnic groups in the country and imposed theirs on the people.

The British, who ruled the country until March 6, 1957, when it gained political independence, considered the Ghanaian tradition and religion as heathen and therefore imposed their Christian religion on the people, a development which has made about 70 per cent of the population Christians.

As the colonial masters could not properly pronounce our tribes, towns and names, they spelt and pronounced them the way that suited them.

The anglicised names of some of the towns included Oguaa, which was spelt and pronounced Cape Coast; Sekune to Sekondi; Edina to Elmina; Simpa to Winneba; Akyemfo to Saltpond and Kyebi to Kibi.

The British also imposed their anglicised names on some Ghanaian children born along the coast, especially Greater Accra, Central and Western regions.

Examples of such names are Rockson, Robertson, Jackson and Thompson.

President Akufo-Addo must be commended for setting the pace by changing Brong to Bono when he split the former Brong Ahafo Region into Bono, Bono East and Ahafo regions.

The Asantehene, Otumfuo Osei Tutu II, also deserves tonnes of commendation for directing all chiefs under his jurisdiction against adding academic titles to their stool names, such as adding Prof. or Dr. to Nana... for example, Nana Prof. or Nana Dr. … .

It is time for the national leaders, traditional rulers, Christian and Islamic leaders in the country to take realistic measures to revert to our traditional way of life to reflect the neglected Ghanaian culture and traditions.

We must all be proud to be Ghanaians by doing away with anglicised names. I am even contemplating dropping my Biblical name Samuel for my traditional name, Kwadwo.

• The writer is a journalist.