Are we making progress? 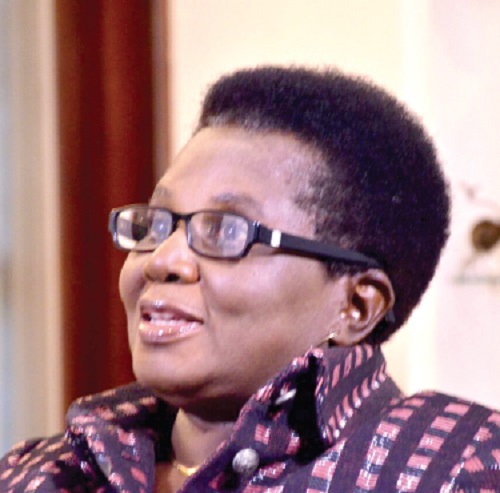 Thanks to the demands of political campaigns and serving intermittently in government, I have been going round this country quite a bit since the year 2000.

I can say that in these past 20 years I have seen major infrastructural development in this country.

A lot of work has been and is being done; but the fact that there is still so much agitation and clamour for more work to be done reminds of an encounter I had with a Ugandan minister back in 1996.

I was in Uganda on what was called in the BBC, a duty trip. This was at a time when Uganda was the poster child of the World Bank and the IMF; there were endless news items about how well Uganda was doing and how the country had recovered from the Idi Amin and Milton Obote years.

When I got to Uganda, it would be fair to say that what I saw did not match with the descriptions and stories of economic success that were being told about the country.

I put my impression to the minister and told him I couldn’t see this great success story that was being trumpeted.

Many times, we forget where we have come from, we forget we were six feet below ground and being on solid ground today spells progress.

I spent some time also in Walewale, the hometown of Vice-President Mahamudu Bawumia, who organised the final funeral rites and the 40th day Adua of his late mother Hajia Mariama Bawumia.

I looked around Walewale and I decided everyone needs a Bawumia in their town. The town had certainly benefitted from having a sitting Vice-President.

As I looked at the roads and at the various interventions that have gone to the town, obviously because their son is Vice-President, my mind went to another story.

Back in 1969 as the military-cum-police junta that had ruled the country after the overthrow of President Kwame Nkrumah was settling down to hand over power to an elected government, the main news in the country was that General Akwasi Afrifa, a leading member of the junta, the National Liberation Council (NLC), had completely rebuilt his village, Krobo, near Asante Mampong.

General Afrifa had cajoled, lobbied, twisted arms, begged, some say shamed and intimidated companies, businesses, individuals and whoever he came into contact with, to buy into his dream of building and modernising his village.

What Afrifa did with Krobo was really quite modest, he hadn’t built a modern day Trasaco, but he did lay out the streets and the drains and the thatched roofs were replaced with aluminium roofing sheets. To our 1969-1970 eyes, it was impressive.

The commentators of the time said Gen Afrifa had used his position to get facilities for his village and to hear some of them put it, he had committed an unpardonable crime.

My view at the time, and I have since then found no reason to change that view, was that I wish all seven members of the NLC had used their positions to marshal funds to transform their own villages. We would have ended up with seven Krobos around Ghana.

I don’t know if present day Krobo has anything to show for the fact that 50 years ago, there were people in this country who felt and said the village had been given an unfair advantage because it had a son who used his position to bring development to the village.

You can’t write or talk about development in this country without getting into the subject of roads. In the past five months, I have been very much on the road to different parts of the country.

A lot of work has been and is being done about the roads, but as you go round, you acknowledge that even more work needs to be done.

I am certain that even if there are demonstrations in every community every single day, which appears to be the way people think they can pressurise the authorities to prioritise their roads, there would still not be enough money to fix all the roads that require fixing within the period we all desire.

I leave the money matters to those best equipped to deal with them. I offer here my pet theory on the entire concept of building highways.

We should not construct highways through towns and cities. I know that people fight to get highways constructed through their towns and there is great resistance against the construction of bypasses away from the middle of towns.

This famous, long-hoped-for dualised Accra-Kumasi highway should be engineered as a road that does not go through any town.

Once constructed, its sides should be protected by impenetrable railings to ensure the town does not move to the highway and there will be roads leading off ramp into the towns.

“Our town will die, you want to kill our town” is the refrain that has always greeted plans to construct bypasses away from the centre of towns.

For years, Kyebi fought the building of a bypass that would take the Accra Kumasi highway away from the town. The bypass was built, Kyebi is very much alive.

The death of Nsawam was predicted if a bypass was built, the last time I checked Nsawam was still very alive.
Konongo fought the construction of a bypass, the authorities buckled under the pressure, today it takes an hour to go through Konongo.

Getting through Osino and Anyinam currently is a full-scale nightmare and nobody should pretend to upgrade that road through those towns.

If a highway is built between Accra and Kumasi which does not go through any town it would mean there would be no need to build ramps on the roads.

This 246-kilometre journey will take about two hours or a little more than two hours instead of the minimum four hours plus that it now takes.

If there is a town that can only survive if traders run along passing vehicles in heavy traffic and sell bread or tiger nuts, such a town deserves to die. We are not making progress if the highways go through the towns.