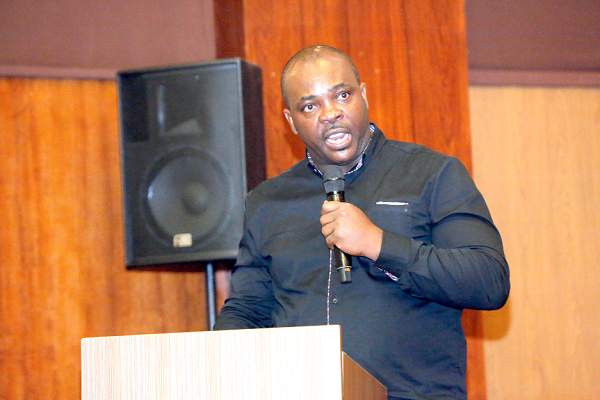 The 2020 presidential and parliamentary elections brought to the fore for the very first time in the Fourth Republican dispensation, the Clash of Manifestos, where the citizenry had been engaged to discuss the two manifestos of the two main political parties.

For that matter, the sport pages of the two documentations received special attention from the Sportswriters Association of Ghana (SWAG) officially and from its members, the various media houses — radio, television and social media-and the public, especially those who participate in all sports discussion programmes.

What I have tasked myself to do is to define the tasks ahead of whoever gets the nod as the substantive Minister for Youth and Sports to direct and manage the affairs of Ghana Sport for the next four years (2021-2024).

This assignment is very critical for laying a proper take-off of sports as an emerging industry with the capacity to support the growth of Ghana’s economy.

What I will set myself to do within the parameters of this article is to set the agenda for ghana sport for the period 2021-2024 term of office, highlighting all the outstanding major issues as well as those actions which are necessary to facilitate the desired take-off.

One of the most recurring paradoxes of the Ministry of Youth and Sports over the last three decades or more has been the failure of the various quests or attempts to craft a National Sports Policy for the nation over the past three decades and more.

I recall efforts by Mr Zaya Yeebo, the second PNDC Secretary for Youth and Sports (1982-1983), who sought to consider all facets of sports development within a revolutionary context to the extent that there was a three day event held at the British Council Hall charged with evolving a policy directive for the ministry. Mr Yeebo succeeded Nii Anyetei Kwakwranya who was the PNDC Secretary for Culture and Sports (1981-1982).

How can I forget the late Mr Ato Austin, also a PNDC Secretary for Youth and Sports (1986-1988) — his tenure witnessed the setting up of the Ben Eghan Junior Committee for Sports Development.

An accomplished sportsman during his schooldays and astute administrator, the late Mr Austin’s team to deliver the requisite blueprint necessary for an accelerated change for Ghana Sport included Prof. Kwesi Yankah, current Minister of State in charge of Tertiary Education.

I, again, recall the efforts of Mr Kwame Saarah-Mensah (a national hockey star) during whose tenure also as PNDC Secretary for Youth and Sports (1988-1991), my agency, RICS Consult Limited (then Rex-Image Associates), started organising the annual Ohene Djan Lectures in memory of the first Director of the Central Organisation of Sports and also as a precursor to redefining how sports could be developed, managed and promoted as a tool for national re-engineering for development. This exercise was to evolve into providing a framework for a sports policy that will inform the activities as well as programmes of the National Sports Council as it interfaced with the various federations and associations through its regional councils.

It would smack of lack of due recognition if I do not state the efforts of Mr Enoch Teye Mensah, then MP who was the NDC Minister for Youth and Sports (1993-2001). E. T., as he is affectionately called and known, also set up a number of committees, including one that worked on the Winneba Declaration to change the face of Ghana football to launch it on the path of professionalism.

He was also the Minister for Youth and Sports to have produced a 39-page National Sports Policy document launched in April 1994 under the Supreme Military Council Decree (SMCD) 54 and the Sports Regulations Legislative Instrument (LI) 1088 of 1976.

Obviously both instruments, SMCD 54 and Sports Regulations LI 1088 are moot and of no consequence with the passage of the Sports Act, 2016 (Act 934), which only seeks to establish the National Sports Authority (NSA) and leaving some critical issues which should have been legislated by now.

The ministry under Mr Isaac Kwame Asiamah, MP, set up and inaugurated a National Sports Review Committee, under the chairmanship of Mr Curtis Perry Kwabla Okudzeto,  the Deputy Minister for Youth and Sports.

Unfortunately, it was more for showmanship as the committee was not resourced to execute its terms of reference to the extent a member provided refreshments for all meetings as well as some honorarium for a resource person to provide a draft policy framework for the members to input for discussions.

What is important is to recognise and appreciate that the derivable benefits from the formal launch of a Cabinet-approved National Sport Policy will inure to the goodwill of the government, the ruling party and the ministry as they seek to settle the debate.

For some strange reason, every minister at the ministry has always worked at appending his name and signature to such monumental documents, especially a National Sports Policy document and keep wondering why since the inauguration of the Fourth Republican dispensation, all attempts to produce such draft for public engagement and discourse have failed.

Unfortunately, this formed the basis why I wholeheartedly accepted to be a member of the last committee.