Thanks boss, an 8-year-old calls me his wife! 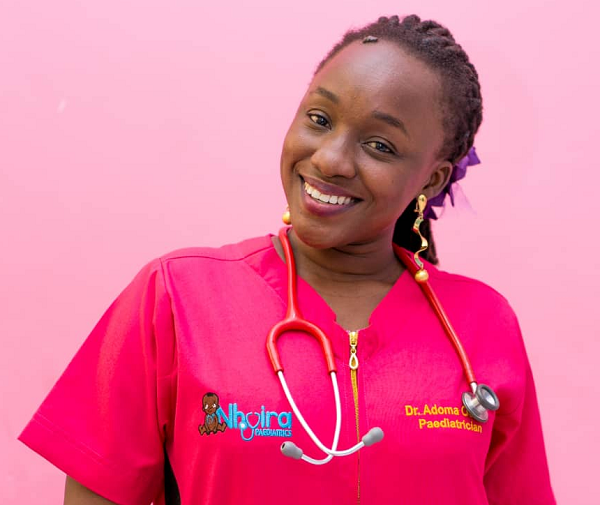 We see farther because we stand on the shoulders of giants.' I remember this quote from decades ago (when I was in first year of medical school), as it was written in my 'hand me down' anatomy textbook: ‘Keith Moore’ as we called it.

I never really understood what it meant then. All I knew was that someone, who had used the book before me, just loved it enough to write it there.

But a couple of years ago, as I did my first peritoneal dialysis (PD) in a district hospital in the middle of the night, I understood the meaning of the quote. For that night, I stood on the shoulders of giants.

A kid, Lawrence (not real name), had been brought in to our kids’ emergency unit. He was all swollen up and his blood pressure was terribly high. He was restless and was having difficulty in breathing as his lungs filled with fluid.

He wasn’t passing any urine and we knew it wasn’t a good sign. We quickly got his labs done and it confirmed our worst fears: his kidneys were failing. His heart was struggling too, as there was a buildup of toxic substances and fluid that his kidneys would have gotten rid of; if they were working well.

He needed dialysis. But we were in a district hospital four hours away from the nearest place where he could get dialysis done.


He was so unstable for referral too and so we were between the devil and the deep blue sea.

I had seen peritoneal dialysis done before but I had never done it myself.

A training programme had been organised in one of the big hospitals where we were taught the theory and practice of PD using simulation. A couple of months after that I was fortunate to observe it done on a real patient. I remember that day clearly.

One pediatrician had died and I was with friends at his funeral. The casket had just been closed and the pastor was preaching. Then we got a call from Prof. Antwi, our paediatric nephrologist, saying if we wanted to observe a PD we should come immediately to the hospital!!!!

We were at a funeral for goodness sake. I am an Ashanti. We love funerals. We had intended going to the cemetery, wailing as we shed some more tears and marked the final resting place of our colleague. After that we would go for the family gathering as well. But no. Prof. Antwi said we needed to come immediately.

Prof. is one of those lecturers who teaches his students all he knows. He doesn’t take pride in being the only person in the country who can do a particular procedure like some folks do. Ever since he came back from his nephrology training he has been saving the lives of kids with kidney problems.

We would have such great fun in his classes as he was a great and interesting teacher too. You could never fall asleep in his teaching session. Very down to earth and easily approachable.

But back to our funeral story.

So we trooped to the ward still clad in black with red rimmed eyes. And Prof. taught us how to do the peritoneal dialysis on a real patient.

But you know it’s different watching it done with a boss compared to doing it on your own in the dead of the night, four hours from any help.

I called the mum of Lawrence to my consulting room and laid the grim options before her. He could go on referral but there was no ambulance (and she didn’t have money) and the kid was not stable and could die on the journey.

Or we could do it here. But I hadn’t done it before. And she placed the burden back on my shoulders. She told me to do whatever I thought was best!
So I let the team start preparing the items for the procedure.

I sat in the consulting room praying and then I called Dr Sarfo. Everyone calls her Anima and she never fails to help you sort out a kid with a kidney problem (she has no idea the number of chickens and eggs I have received from patients following the help she gave me for them).

CONTINUE reading by clicking this link Thanks boss, an 8-year-old calls me his wife!

I told her about the kid and though it was late at night she helped me do the calculations and guided me on exactly what to do. Then she said the words that boosted my confidence; "if you have a problem, no matter the time, just call me.”

We sent the kid to the theatre for the tube to be placed in his abdomen. I kept expecting to hear them come running saying that he had arrested or died on the theatre table as his heart was really struggling.

The kid came back from theatre and my nurse Amoakohene and my team of strikers assisted me start the process. After a couple of cycles, they told me to get some rest but I waited in the consulting room to see how it went.

With these cases, you can never sleep. You sometimes lie on the bed fully dressed with your shoes on, just in case a call comes.

In peritoneal dialysis, we put a special fluid into the abdomen of the patient through a tube, let it stay there a bit to draw out the toxic chemicals the kidney is unable to get rid of, and then we drain the fluid out again. Then we repeat the cycle. That’s the extremely simplified version though the physiology behind it is pretty more complex.

We continued the cycles through the night and the next day updating Anima every step of the way. On day two, I realised about a quarter of the kid was gone.

He had lost a lot of weight as we had drawn out so much fluid from him, clearing his chest and helping his heart.

Anima gave me further guidance as to how to reduce the amount of fluid we were pulling out as he was improving. The child was less restless and even woke up asking for food (fufu not koko...as for this kid!).

By day five his kidneys were recovering and he started passing urine and was walking about. I remember my house officer Turkson saying with wonder “this is the beauty of medicine.” Truly pediatrics is so rewarding and inspiring (despite all his inspiration and excitement with pediatrics, Dr Turkson chose to specialise in surgery instead of pediatrics and I still haven’t forgiven him but that’s a story for another day).

About a week after the whole episode the kid was still on admission but up and about: a lovely and lively 8-year-old boy.

One morning as I was coming to work, feeling good, doing my catwalk through the aisles in the hospital: in my brown trousers, beaded belt, six-inch high heels and matching handbag and trademark huge earrings.... with my oversized white coat (yes, yes I know it’s oversized but my mentor Dr Dogbe gave it to me.

We do what we see our mentors do. He wears an oversized lab coat too with his slim fit black trousers always immaculately dressed.

She is my wife

I saw Lawrence being bathed by his mum. I waved and went to do ward rounds. I heard my nurses giggling and one of them asked me if I had seen Lawrence and his mum.

The mum was bathing him directly outside the window where the nurses were sitting and they could hear the little boy talking. Then my nurse said to me “when Lawrence saw you coming, he quickly turned around and said to his mum 'cover my privates quick because Dr Adoma is coming and you know she is my wife.’”
We all burst out laughing and I couldn’t help the warm feeling of content at saving the life of a child so he could say some pretty silly stuff. We discharged him later and every time he came for review he would give me a high five.

Since then I have done a number of PDs and even taught others to do it too. Prof. and Anima will never know the full extent of the work they have done as we save lives with what they taught us - the knowledge they gave us.

The quote makes a lot of sense to me now. If I see farther it’s because I stand on the shoulders of giants.

To all the giants, upon whose shoulders we stand, to those alive and those who have fallen: we doff our hats...thanks to you, an eight-year-old kid is alive.......and calls me his wife😉