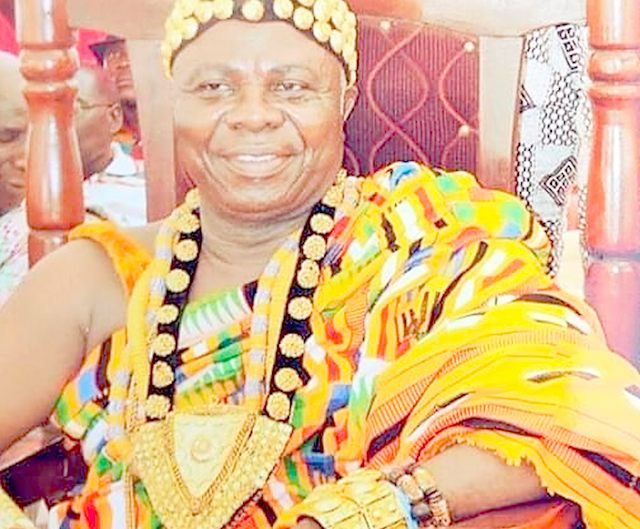 For decades, the people of Avatime in the Volta Region cultivated apples, grapes, Irish potatoes and tea with great zeal and enthusiasm.

The highly fertile soils on the slopes of the Avatime Mountains and the sub-tropical weather guaranteed bountiful harvests of the crops, alongside oranges and bananas.

Meanwhile, mosquitoes are not able to survive the cold Avatime weather, and so there is no malaria in the area and that ensures a healthy and large work force on the farms.

Sadly, however, the departure of the German missionaries of the E.P. Church, Ghana from the area about a century ago, resulted in the lack of interest among the locals to cultivate those fruits and the Avatime tea on a large scale.

A large number of young people subsequently abandoned their farmlands for the urban centres to search for jobs, leaving the potato and grape fields for the forests to swallow.

With time, many thought the production of apples, grapes, potatoes and tea in Avatime had fallen into oblivion.

But a new dawn is breaking with vast promises to revive the farm practice on a more vigorous and modern note.

The Osie of Avatime, Osie Adza Tekpor VII, told the Daily Graphic at Avatime-Vane last weekend that a total of 700 acres had been set aside on the slopes of the mountains as well as the low-lying areas of Avatime-Fume for that purpose.

“This will create 2,000 jobs for young people from the seven Avatime divisions – Vane, Biakpa, Amedzofe, Fume, Dzokpe, Dzogbefeme and Biakpa,” he said.

According to Osie Tekpor, the project, which would commence in September this year on a five-year pilot, with an initial capital of US$150,000, will be expanded by 100 acres every year.

He said the cultivation of the traditional brown rice of Avatime would also be boosted under the project.

The Osie said three companies from the United States and United Kingdom were set to release funds for the project.

He, however, declined to mention their names, but said they were highly reputable groups across the globe.

Osie Tekpor said the project would progress side-by-side with the area’s tourism development plan, which included the renovation of the missionaries’ cemetery at Amedzofe and planting of new plant species in addition to the exotic flower forests of the area.

Resources would also be committed to marketing the captivating area’s waterfalls - Ote at Amedzofe, Ayivie at Gbadzeme, another one at Fume, and also the historical caves and other relics at Biakpa, he told the Daily Graphic.

Those moves, Osie Tekpor said, would add significantly to the area's natural attraction force such as the Gemi Mountain at Amedzofe, which is the highest human settlement in Ghana at a height of 800 metres, and the traditional capital, Vane, resting at a height at 700 metres, covered by the dense green vegetation and diverse cloud formations.

The Osie expressed serious misgivings about the activities of unscrupulous chain saw operators who were felling trees in forests on the slopes of the mountains in recent times.

He said a special task force had been formed with support from the Forestry Commission do deal with those behind the menace swiftly and ruthlessly.

A retired teacher at Avatime-Amedzofe, Kofi Atikpui, 73, recalled with nostalgia how he happily assisted his uncle on the family’s apple farm, in his teenage days.

He said the apple yields were generous but the family did not produce the fruits for money.

“We ate most of what we produced and only sold a few to the tourists who came occasionally to Avatime-Amedzofe,” he said.

According to him, it was trendy in those days to eat a cocktail of apples and grapes for lunch.

The pensioner said he still had the skills to cultivate apples and he was also ready to teach young people how to cultivate the fruit.

He said the revival of the cultivation of apples and grapes was a step in the right direction, as it would definitely help the youth to earn decent incomes, without going to wander about aimlessly in the urban centres in search of non-existent jobs.

Mr Atikpui said it would also be proper to involve the various basic and senior high schools in Avatime in the project, which he described as most laudable.

He said there was vast land in Avatime for the project and ready markets for apples in the urban centres and nearby Togo made prospects of the project very bright.

“We hope this starts sooner than later,” Mr Atikpui added.

He gave the assurance that the assembly would support those plans technically, materially and in various ways to ensure their success.