COVID-19: This contagion is shattering lives 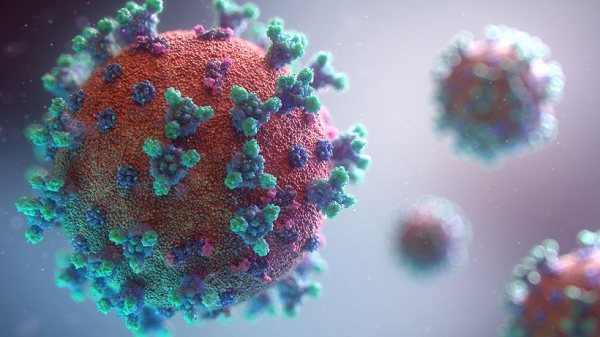 The infected COVID-19 patients last year were reported as cases, so the impact of the disease was not quite felt.

In the latter part of 2020, the cases translated to people.

From the beginning of this year, 2021, the people infected with COVID-19 are being reported, sometimes with names.

These names have turned out to be family, friends or colleagues at work, church, social club or association.

Some were seen in public just weeks earlier looking well while some others just complained of general feeling of unwellness.

To date, some have been snatched from us by COVID-19; others are battling for life in hospitals.

For anyone who has lost a dear one over the last 10 months to COVID-19, sincere condolences.

For those who lost a dear one since the beginning of this year to the new surge, it would be most regrettable feeling, especially with all the safety precautions laced with valuable lessons that now exist for precautionary measures to battle this new spike.

For those who may have got infected in this second spike and have recovered, the Lord alone can explain how you have survived it when others could not.

They did not have the luxury of time to apply any of the curative measures making the rounds.

These days, I shudder to open messages on my WhatsApp platform for the simple reason that in the last four weeks, almost every platform is announcing the sad news of a COVID- 19 death.

Indeed the new surge is shattering lives faster than before.

As at the last quarter of 2020, the country’s active cases came down to as low as 800, with some 300 deaths for an entire nine months.

Regrettably, in a matter of four weeks, as at January 27, the active cases have reportedly shot up to 3813 with 377 deaths and the country’s reported average daily cases stands at 600. That sounds scary.

Admittedly we let our guard down during the Christmas and New Year festivities and threw caution to the wind.

Today, we are running helter-skelter because close associates are being snatched away by the disease before our very eyes.

Health authorities are telling us that our hospitals are filling up.
Since this is a disease that needs specialised care at a certain stage, time to take measures to curb the situation has dawned.
Waiting any longer may cause more harm.

That is why I fully endorse the Ghana Medical Association’s (GMA) press statement of last Monday, January 25, asking the government among other things, to restrict social activities, such as, parties, church services, funerals, clubs and other social gatherings.

The statement also asked that the markets should be regulated and as much as possible, restricted.

The critical advice in the GMA statement is asking the citizenry to get tested once they get flu-like symptoms and as much as possible desist from self-medication.

Thanks to the media, conventional and non-conventional, there is so much information out there about the surge in infection and some necessary directives to take.

There are also research and survivors’ testimonies out there giving guidance on protective measures.

Two scientific interventions making the rounds and which I find very apt and easy to apply are steam inhaling which almost everyone I speak to is applying with alacrity.

Then also is the use of hydrogen peroxide as a mouth wash and gargling agent as being encouraged by Rev. Emeritus Professor Seth Ayettey, a former Provost of the Ghana Medical School.

Since last week, Rev. Prof. Ayettey and his team’s research work on use of hydrogen peroxide to protect against COVID-19, alongside other public health protocols, seem to have fallen on fertile ground.

Many are running for it and having convinced myself to try it, on Monday I stopped at four pharmacies in my area to pick some.
They were sold out with none in stock.

My son was able to grab two bottles for me from another part of Accra and the Uber driver who was sent to deliver them to me charged twice the price of the items.

I did not fuss because at this point in time, hydrogen peroxide is a dire necessity irrespective of cost.

One is sensing that people are beginning to take the call for strict observance of personal safety against the disease quite serious.

If sensitisation and enforcement of the protocols in public spaces are vigorously pursued and if one could keep to strict personal hygiene and stay at home where necessary, the battle to bring infection down would be won.

No one should allow the contagion to wreck lives.

Writer’s E-mail: This email address is being protected from spambots. You need JavaScript enabled to view it..