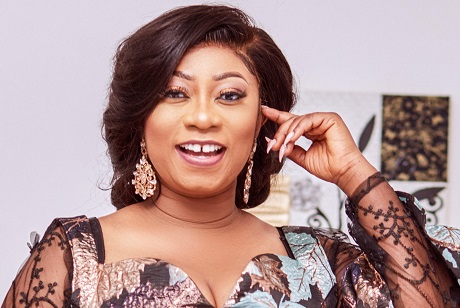 Female presenters/newscasters are admired by many young ladies who, wooed by the glam they see, often aspire to be like them but according to EIB presenter, Lily Mohammed, being on TV goes beyond glitz and glamour.

In an exclusive interview with Graphic Showbiz, Lily, who is the co-host of Toast on GHOne and a newscaster on Starr103.5 FM, indicated that it was unfortunate that people do not see beyond the flashiness to all the hard work.

“You have or see a lot of people wanting to be like us but they do not know that there is work outside the glitz and glamour they see on TV. This job is such that you need hard work to be able to survive. In most cases, you will see that they come in because of the glamour and in two or three years if they do not get it, they fizzle out.

“For me, it has been resilience, I have been doing this for almost a decade and I am now gradually getting there. For me, it means I need to work harder because I do not want to go out of the system.

“What we do is not about the nice dresses, nice hair, makeup we have on which is what people look at. For instance, I wake up at dawn, come to work and I close late but I love it because that is what I want to do, I have passion for it as well,” she said.

Anyone who watches Toast will agree that Lily comes across as loud because of how passionate she is about topics discussed. In our part of the world, media personalities who are too vocal are given negative tags but she said she was not bothered.

“I know who I am so I am not bothered or scared of what people will say. One of the things I know and work with is that I have to be ready for anything. I mean, I work in an environment where there are bigger names yet I’m not bothered, they rather inspire me to be more so how much more someone I do not know.

“Once my convictions are right, I do not care what other people say. Anyone who wants to troll or insult me should first take a look at him or herself in the mirror. The fact that I am on your TV doesn’t mean I am your family member or a relative, it is people who matter whose opinions also matters,” she said.

Sharing some of her experiences in the media field, Lily, who is currently pursuing her Masters in Communication at the African University College of Communications (AUCC), said for a woman, it took a lot of sacrifices to sustain your media dream.

“With my almost a decade of experience, one thing I will say is that for a woman, you need to make a lot of sacrifices, especially when it comes to relationship and family. One side has to suffer, it is okay if you are married or have children before you enter but if it’s the other way round, it’s a tough one, most importantly when you are at your peak.

“Expectations are high about you at your workplace and you need to be playing your wifely role as well. In your relationship too, you need someone who can trust you totally,” she said.

Talking about her stay at GHOne, Lily, who previously worked at Metro TV, said it had been great. “I love it here, it has been wonderful, I have people I look up to and I am learning a lot,” she explained.