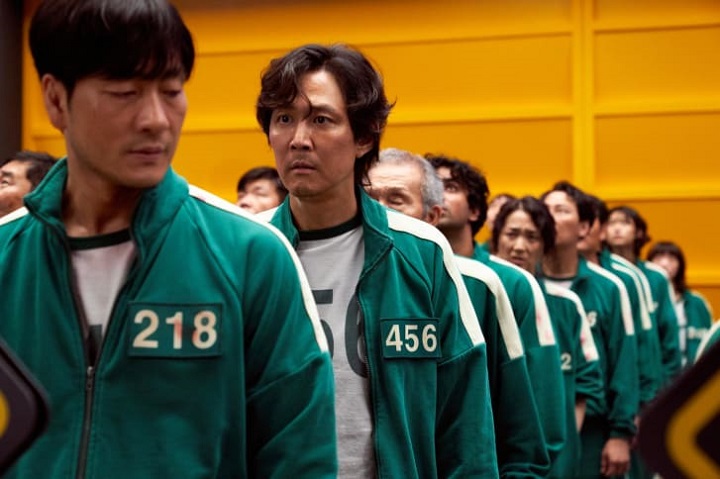 If you've watched the breakout hit Netflix series "Squid Game," innocent children's games like tug of war and red light, green light may take on a whole new meaning for you.

For its creator Hwang Dong-hyuk, they were part of his childhood in South Korea. "All of us have at some point played those simple and childish games," he told CNN.

Among the ones Hwang played as a child was the titular "Squid Game," a team game involving attackers pushing their way through a vaguely squid-shaped area, with defenders trying to stop them.

"It was very physically demanding, and so every time we played someone would get injured, have their clothes torn or cry," he said. "It would always be the last game of the day."

"Having grown into an adult, the question 'what would it be like to go back and play those childhood games again?' was the start to the creation of the entire series."

Released in September, "Squid Game" -- about debt-ridden contestants battling it out in a series of deadly children's games -- is currently on track to become Netflix's most popular show ever, having reached number one in 90 countries, including the US.

For Hwang, the show's narrative reflects the "competitive society" we live in today. "This is a story about losers," he said -- those who struggle through the challenges of everyday life and get left behind, while the "winners level up."

It is also a personal story. The two main characters, Seong Gi-hun and Cho Sang-woo, are named after his old friends, and he calls them his "inner clones."

"They represent the two sides of me. Like Gi-hun, I was raised by a single mother in a financially troubled environment in Ssangmun-dong," he explained. "At the same time, like Sang-woo, I went to Seoul National University and my entire neighborhood praised me and had high expectations of me."

Producing the show was an intense experience, with Hwang losing six teeth while filming because of stress. But it hasn't completely put him off the idea of making a second season.

"Writing, producing and directing a series alone was really such a big task. When I think about doing the same for season two, I'm personally kind of worried," he said. "There's nothing confirmed at the moment, but so many people are enthusiastic that I'm really contemplating it."