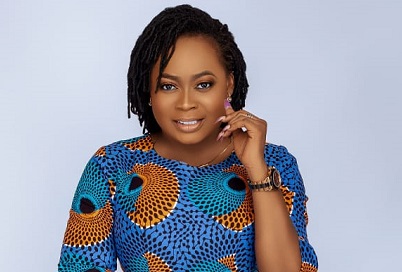 After going missing from our screens for some time, media personality, Babiee Dapaah bounced back last November as co-host of Maxmorning, the morning show on Max TV.

And for the last eight months, she and the other host, Alex Kwesi Crassie, have been entertaining Max TV viewers from Mondays to Fridays between 7 and 9 a.m.

Graphic Showbiz caught up with Babiee Dapaah recently and she threw more light on the show, explaining that it has different segments which make it exciting to watch.

“We have the motivation segment, workout, spotlight, morning agenda, possibilities and sports. And in between, we have a good chat with the viewers and it is all fun, educational, informative and entertaining,” she stated.

Giving feedback on the show so far, Babiee Dapaah said it had been awesome. “So far so good, it has been rather exciting to have insightful chats with these new acts and old greats, it has really been awesome,” she said.

Babiee Dapaah is not new to TV as she has hosted a number of shows in the past like TV3 Hot Gossip, TV3 Mentor Season 7, Guys’ Avenue, Agoro and Quickie on Metro TV.

She has also had stints with some radio stations such as Vibe FM, Adinkra Radio and YFM.

Babiee Dapaah also acts in the Cow & Chicken series as Adwoa Serwaa and she has also managed great acts like Guru and Wutah.