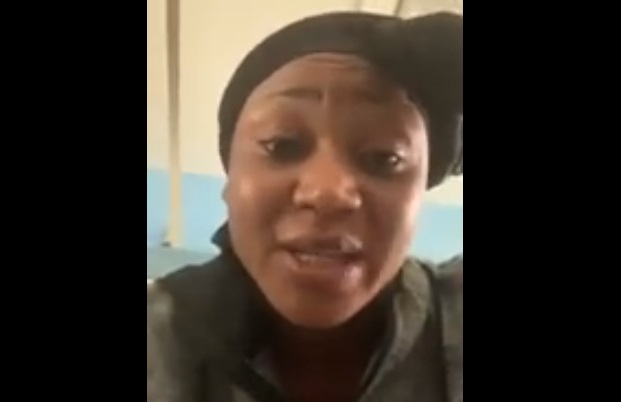 Ghanaian actress Rosemond Alade Brown, aka Akuapem Poloo has described the 90-day jail sentence handed her by an Accra Circuit Court as a test which she will overcome with "prayers and support".

Hours after Akuapem Poloo was handed the jail term, the controversial socialite took to her Instagram page to address her followers in a video post.

Although her lawyer Andrew Vortia has indicated that he will appeal the verdict, his client in the video suggested that she was ready to serve the term, Akuapem Poloo assured her fans that she remains strong despite the setback and will return stronger.

She said: "Guys you know your girl is strong sometimes in life you have to pass through some things to make you strong to get to somewhere. I know it is a test I have to go through, I am strong you guys know. All that I need is your prayers and support your girl will be back with you guys. I love u".

She also expressed gratitude to personalities who supported the hashtag #FreeAkuapemPoloo which came up on Wednesday (April 14, 2021) after she pleaded guilty to all charges.

"I want to use this opportunity to thank all legends who supported me, I saw the hashtag especially Reggie Rockstone, Sarkodie, Stonebwoy, Bridget Otoo, Akumaa Mama Zimbi, DKB oh! I can't mention all, please I saw all this, all the bloggers who used their platform to support me, I saw the hashtag, I know you guys love me and I love you too," she continued.

The actress, who was arraigned over the publication of a nude picture with her son in June, pleaded guilty to the charges of publication of obscene materials, engaging in domestic violence namely a conduct that in any way undermined another person’s privacy or integrity, and engaging in domestic violence namely conduct that in any way detracted or was likely to detract from another person’s dignity and worth as a human being.

The facts as narrated by Chief Inspector Agartha Asantewaa were that the complainant, Mr Bright K. Appiah, was the Director of Child Rights International Ghana.

She said on June 30, last year, Brown celebrated her son’s seventh birthday and took pictures with him while she was nude and the son half-naked, and posted the pictures on her Instagram page which went viral on social media.

A write-up accompanying the picture read: “I am naked in front of you because this is how naked I was giving birth to you, so in case you find me lying somewhere, don’t pass by, but see me as your mom who brought you to life”.

The pictures attracted comments, and the prosecution said the behaviour of the accused person undermined the dignity of her son, among others.

The prosecution said the complainant petitioned the Director-General of the Police Criminal Investigations Department, and the matter was referred to the Domestic Violence and Victims Support Unit (DOVVSU).

Brown, the prosecution said, was arrested and in her caution statement, admitted posting the nude picture with her son unintentionally.

The prosecution held that Brown deliberately posted the pictures.

Step up effort to fight against malaria - AMMREN