Reintroduce music as a subject at all levels —Abiana 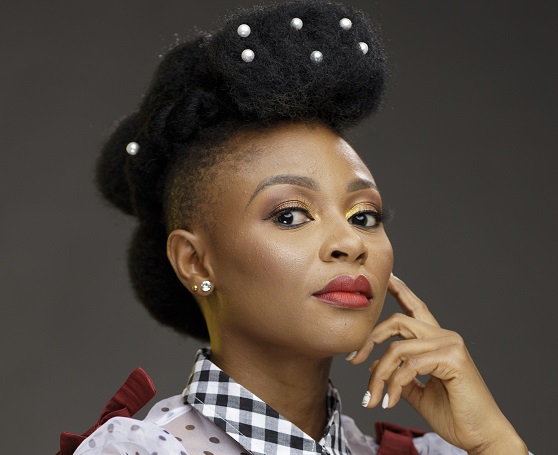 Music, they say is food for the soul, and new sensation, Eldah Dickson Naa Abiana, stage name Abiana, is of the opinion that it must be taught at all levels of education.

“I believe music must be reintroduced at all levels of education because it plays a vital role in our lives. It will also make it possible for young ones to discover their talents and those who take it as their profession to up their game,” she told Graphic Showbiz.

According to her, every child should also at least learn to play one musical instrument to enable them to become well versed in the field of music.

Abiana has been the leading vocalist for the Hyskuul Band for the past six years after a stint with the Afro Harmony Band.

Her solo music career started a couple of months ago and she has featured on Okyeame Kwame’s Bolgatanga Girl which won the Record of the Year at this year’s Vodafone Ghana Music Awards.

Currently signed on the +233 record label, Abiana does a mixture of musical genres she calls Soul Life because according to her, she does music to feed the soul. Her debut single, Adunlei, was released a couple of weeks ago.

Asked how she intended to have her breakthrough in a rather competitive industry, this is what Abiana had to say. “My style of music is unique and fresh, it will launch me into mainstream music."

Giving her thoughts on how the females are doing in the music industry she said, “They have been very good with the way they represent their art, they have made the game so attractive for me to enter,” she said.

Abiana however added that she was currently studying the terrain a bit before deciding who to do a collaboration with.

Interestingly, she believes that ‘beefing’ in the music industry is healthy. “It is healthy, I think it is a strategic thing they do to boost their career and as long as there is no killing in it, it’s fine. But I won’t ‘beef’ anyone, my interest is in my music, I don’t have to pick a fight with someone to become relevant,” she said.

In the next five years, Abiana intends to become a household name. “I will have a world tour, win Grammys and represent Ghana in the world. I hope to be having shows that can fill stadia and arenas,” she stated.

Abiana is the first of six children born to Mr Samuel Dickson and Madam Esther Kotitse Mawusi. She attended St John’s Grammar and has a BSc in Marketing from the Ghana Institute of Marketing and Public Administration (GIMPA).

Her role model is Alicia Keys because her focus is on music and nothing but music.

She used the opportunity to express her gratitude to her team and everyone who contributed to her solo career. “My special thanks goes to Mr Nii Oddoi, Kwaku Opoku, Quantus and Dan Grahl, who is the leader of Hyskul Band, they all pushed me into things I thought I could not do."