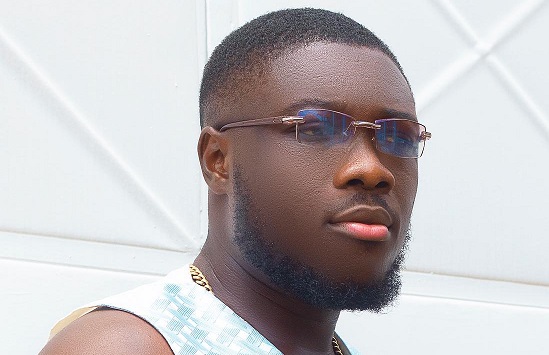 Singer Kurl Songx has ruled out suggestions that he is under pressure to live up to the exploits of Lynx Entertainment signees Kuami Eugene and KiDi.

According to him, it was unfortunate that people were assessing his work and progress by what Kuami Eugene and KiDi do when they were on different paths.

Speaking with Graphic Showbiz about his music career, Kurl Songx, who made a strong statement about his talent with his song Jennifer Lomotey four years ago, pointed out that he believes in times and seasons and will not force himself to be where God has not yet placed him.

“I cannot be more thankful to God for the impact of my music at the start of my career particularly when I know many good talents who have not had the chance I have had. Why then should I feel pressured because, in the public’s eyes, I may not be doing enough?

“Yes, we may have come out at the same time and in 2017 we were doing well but I don’t think that is a good reason for anyone to compare me to Kuami Eugene and KiDi. I have conditioned myself to know that there are times and seasons and I’m happy for all their successes.

Read also: No need for rivalry with Kaywa —Kurl Songx

“Besides, it is not as if I have failed, not at all, it is people who are marking me by their standards and that of others but as I said, I’m not in competition so there’s no pressure on me,” he said.

Kurl Songx started singing in the choir of his church, the Grace Aflame Chapel in 2012, an experience that prepared him when he ventured into the 2013 edition of music reality show Vodafone Icons, where he emerged as the first runner-up and he later won MTN Hitmaker in 2016.

His experience in the church, which Kurl Songx takes pride in saying shaped his music skills, has always been part of conversations about his growth. So it was not out of place for his followers on social media to speculate about him switching to Gospel music when he posted a picture of him singing in a church.

Read also: Kurl Songx: From the streets to the stage

But speaking to the subject, the Whistle singer said doing Gospel music was a calling and he would not rush into it.

“Yes, I read all the stories about me doing Gospel music but that is far from what I’m doing or want to do. Of course, I’m a Christian and proud to profess my faith anywhere and anytime but I believe Gospel music is a calling.

“When the call comes, which I know will not be now but in the far future, I won’t hesitate to heed to it but as it stands now, it is not what I intend to do,” he said.

The year 2017 was certainly a good one for Kurl Songx, a former Highly Spiritual Music signee, as he ruled the airwaves with Jennifer Lomotey featuring Sarkodie.

He released songs including Trumpet, Feeling, Me Do and Tunnel Light and earned nominations in the Best Afro Pop and Best Collaboration of the Year at the Vodafone Ghana Music Awards (VGMA) in 2018.

After leaving Highly Spiritual, Kurl Songx is currently managing his own affairs under his Kurl Songx Worldwide Music.

“So far, it has been good handling my career but I won’t mind having professional hands on board to support my dream. My vision is big and widening my support net is a necessity,” he added.