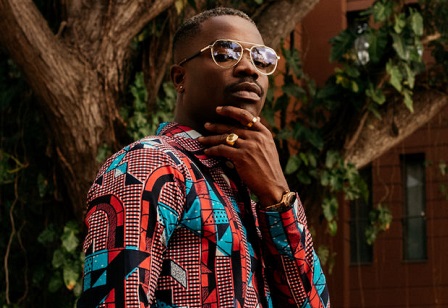 The sorry sight of some musicians in their old age has become a worrying trend for which a lot of reasons have been assigned including the poor royalties collections systems in the industry and the lack of structures that leave artistes vulnerable.

For some young artistes; those who are entering the industry and those riding the wave of success, the situation makes them uncertain, leaving them to worry about what is in store for them.

One such artiste is Afrobeats act Darko Vibes who in a chat with Graphic Showbiz recently, stated that he was afraid for his future because of what he is seeing. His response was in answer to what scared him as an artiste.

“Not knowing what the future holds for me scares me a lot. I see a lot of musicians who were very successful who are now broke. I think about that a lot because I want to be successful and take care of my loved ones,” he revealed.

Darko Vibes also disclosed that although he had been trying very hard to stay out of trouble now that he has found himself in the limelight, it was a very difficult thing.

“No matter how hard you try to stay out of trouble, it finds you wherever you are. Bloggers are writing false stories about you and when you talk about it, it becomes something else. People will read meanings into whatever you say or do. You need to actually live like an angel to stay out of trouble which is so difficult to do,” he stated.

Read also: Your sense of entitlement is overwhelming – COP Kofi Boakye to celebs

He praised artistes such as R2Bees, M.anifest, Okyeame Kwame among others for staying out of trouble in all the years they had been in the industry.

“I respect artistes who have been able to stay out of trouble. Handling fame is not easy, there are so many things I wish I could do but I cannot because of the brand I want to build for myself. When no one knew me, I could free my mind and do whatever I liked but I cannot do that anymore because I have grown ups and educated people listening to me,” he disclosed.

Touching on his music, Darko Vibes explained that in spite of the success he has enjoyed with his colleagues Nxwrth, Kiddblack, Spacely, Kwaku Bs and RJZ as La Même Gang, they had never been a group.

“Each individual is free to do whatever he wants in La Même Gang. If any of the guys release a song and he wants to feature me that’s cool but if he doesn’t, he is on his own. I am also free to feature whoever I want on my songs and I have done that over the years,” he told Graphic Showbiz.

Darko Vibes, who is known for songs such as Inna Song, Tomorrow, Bless Me, Stay Woke, Problem, Medaase, Momo, Confirmed and Crazy People, also said there was no unity in the music industry but praised Nigerians for supporting their own.

“I have been to Nigeria a number of times, at least twice every year for the past four years, so I know what I am talking about. The older musicians are always helping the younger ones. The likes of Burna Boy, Wizkid and Davido do their best to promote the young artistes but you don’t see that here,” he stated.