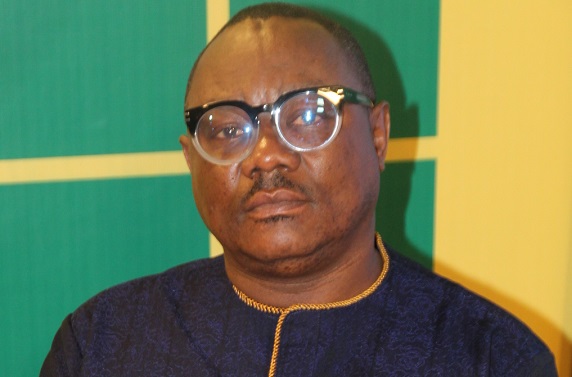 Often when questions are asked about how the movie industry can be improved, players talk about financing, distribution and marketing but renowned movie producer Ivan Quashigah thinks there is more to it.

According to him, one of the things the industry turned a blind eye to was training. “There are a lot of things I have seen in the industry that when we work on, we will move to greater places but I will prioritise training of actors, especially now.

“I think they need to do more training and I believe this will help improve the quality of actors that we have or those coming up. I will advocate that anyone who wants to enter the movie industry should consider getting trained to get to know what acting entails so that they can do exploits,” he told Graphic Showbiz recently.

Ivan also reiterated, especially to younger actors, that stardom was not a day’s job. “The current crop of actors does not understand that being a star takes time. With some of these people, the moment they feature in a movie or two, they want to become stars.”

“You can’t blame them, they see the likes of Jackie Appiah, Adjetey Anang, among others, who are doing well so they want to be like them forgetting that it took time for them to get to where they are today.

Read also:  My actions are not deliberate - Abena Korkor

“Nothing beats patience and waiting for your time. If only they will, they can achieve much more than what the people they look up to achieved. And when you train properly, you will be able to take your craft beyond Ghana.

“There are people who are naturally talented but that alone is not enough, you need to shape it and understand the language of the industry so that you don’t fall for just anything,” he explained.

Technology had been a major disruptor with many players blaming it for the poor fortunes of the movie industry but Ivan Quashigah said it had its positive impact too.

“Apart from it giving us the chance to show the world our works when we put them on the internet, it has also given us directors the chance to see more potential and recruit. When I started, it was difficult getting actors but now it’s not,” he said.

When it comes to casting for movies, there are a lot of things that come to play and the YOLO producer and director said one factor that went into the selection was the numbers the person was having on social media.

“This is not to say all other things do not stand but in the social media age we find ourselves, it will be a plus for an actor to have huge social media following.

“It will be easy for you to sell your works and these people also help with promotion. In the current era we find ourselves in, everyone should be able to take advantage of digitisation,” he added.

Ivan Quashigah is a Ghanaian filmmaker, a creative director and Chief Executive Officer of Farmhouse Productions. He is well known for producing and directing the award-winning television series Things We Do for Love and recently YOLO.