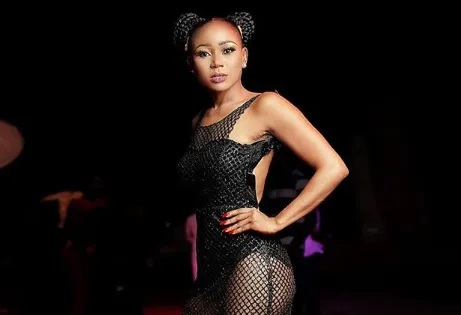 The Ministry of Gender, Children and Social Protection has reacted to social media celebrity, Akuapem Poloo's latest nude photo with her son, describing it as a pornographic act.

A statement released on Wednesday, July 1, and signed by the Minister, Hon. Cynthia Morrison condemned Akupem Poloo's actions and said the Ministry was liaising with the appropriate agencies to deal with the issue.

"The Ministry highly condemns this act which is classified as indecent exposure of the child, an act of pornography, degrading and also against the Children's Act, 1998 (Act 560) and the Criminal and Other Offences Act, (Act 30)," the statement said.

The Ministry also urged people to desist from posting nude photos since it was an offence. It also asked those sharing the photo to stop because that was also an offence.

In the photo, she is naked and holds her son's hands as she squats in front of him. She has been heavily criticised for the photo by celebrities and non-celebrities alike.

A non-governmental organisation, Child Rights International criticised her while she has reportedly been invited by the police Criminal Investigations Department (CID).

Akuapem Poloo has since pulled down the picture and apologised but it looks like she is in for a tough time with the Apesemakahene of Mampong Akwapim, Nana Yirenkyi 1, calling for her head and now the Gender Ministry has also waded into the matter.

Below is the statement from the Gender Ministry.