Discipline is not the same now - Mike Eghan 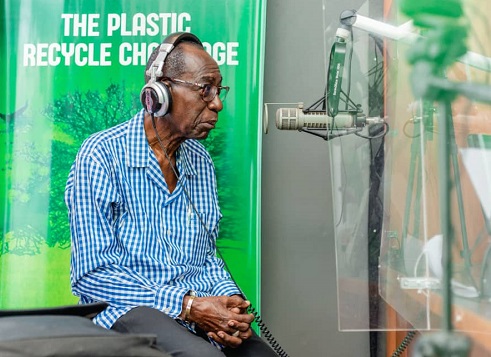 Veteran Ghanaian broadcaster, Mike Eghan has expressed concern over the dwindling levels of discipline amongst the nation’s youth.

According to him, every Ghanaian child back in the day was afraid to carry themselves in a poor manner and checked themselves even when there was no one around.

Comparing the levels of discipline between his time and the present, he noted: “Discipline was of great essence to everyone nationwide and parents even compared notes on discipline. Discipline was almost a norm and the young ones misbehaving will even check themselves before they finished with their misbehaviour."

He described himself as a good boy who was hardly found in trouble. “You could hardly pick up any issues with me,” he told Rev Erskine on Y107.9FM’s Leaderboard Series hosted on the Myd Morning Show.

Mike Eghan admitted that although there were people who misconducted themselves back in his day, that cannot be compared to the youth of today. “The young ones of today are smoking, drinking and doing other bad things.”

The one time ‘Emperor’ of Ghana’s airwaves believes discipline is the core of every society and expressed hopes that it will be brought back into Ghana’s society.

Mr Mike Eghan worked with GBC as a show host. He also had a successful stint with the BBC in the late 60s and early 70s where he served as a freelance broadcaster and a presenter for the BBC World Service.

He has won several awards, including the Grand Medal Civil Division, for his meritorious service in the media.