My entry at Tehillah invoked the heavens - Ohemaa Mercy 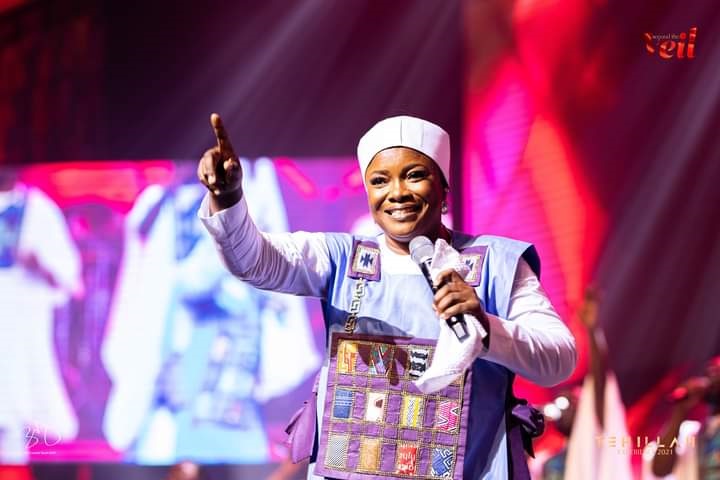 For regular patrons to the annual Tehillah Experience organised by Gospel artiste Ohemaa Mercy, it's not just a regular concert but a platform that creates a true atmosphere of worship and praise.

And patrons certainly had expectations of immersing themselves in another atmosphere of worship when they thronged the International Central Gospel Church (ICGC), Calvary Temple in Sakumono, Accra on Sunday, August 8 for this year's edition.

But there was something more that caught the attention and probably increased the interests of patrons. Just after Ohemaa Mercy was introduced by music producer and CEO of Media Excel, Kwesi Ernest, she appeared with a long procession which included someone blowing a horn, someone holding a candlestick, bearers carrying an ark, and someone with a cross from the outside of the auditorium to the stage.

The sight, which reflected how people accessed God’s presence in the days of the Old Testament in the Bible sparked a chant among the worshippers as they burst into incessant prayers in tongues for about a quarter of an hour.

But while the entry could best be described as an artistic impression for the event, the Ote Me Mu singer told Graphic Showbiz that it was not an act but a divine message that invoked the heavens.

Explaining the concept, Ohemaa Mercy pointed out that the presentation was to give people an insight into how the death of Jesus Christ has given everyone equal access to the presence of God.

“In the Old Testament, people only got to God through High Priests who intervened and interceded on their behalf. So the horn represents the victory that comes with being in the presence of God, seven is a perfect number and it signified the perfect nature of God. 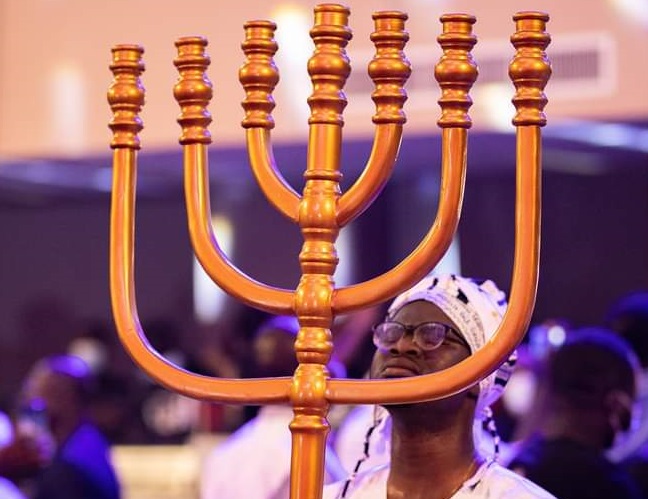 “The ark signifies the covenant of God with his people and the cross is for the death of Jesus. It was a divine presentation to tell us that just as the theme for this year was Beyond the Veil, we were unveiling Jesus for sacrificing his life to save mankind from condemnation and I was not surprised at the atmosphere it evoked," she stated.

The concert lived up to its theme when performers took patrons through inspiring sessions of praise and worship.

Firebrand minister Francis Amoh took over from the host choir of ICGC Calvary Temple who set the tone for the evening. With his energy on stage, he took patrons to another level with his signature praises jam.

I've had thoughts of leaving my husband - Ohemaa Mercy

Already charging the atmosphere with her unusual entry, when Ohemaa Mercy took the stage, she shot into action, giving patrons back-to-back renditions of some of old Gospel tunes while intermittently speaking about the significance of giving worship to God.

Ceccy Twum in action at the concert

There's no doubt that this year's edition was one of the most impactful since the Tehillah Experience started in 2015 and patrons left knowing there had been a shift. 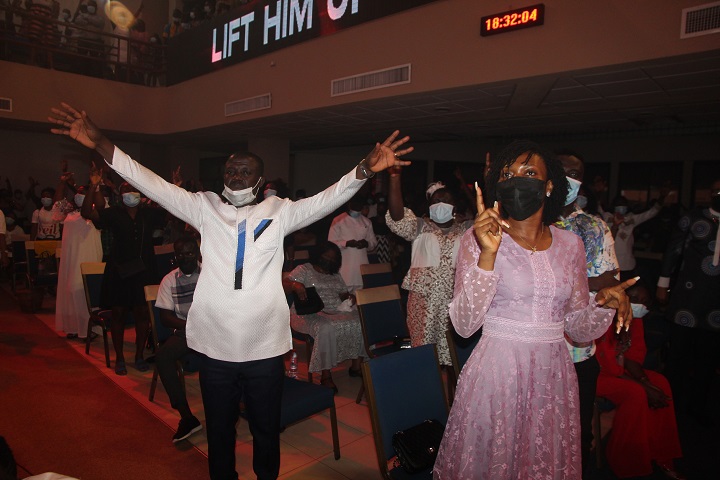 The patrons were moved by the worship

Some patrons who spoke with Graphic Showbiz were very excited about how things went. Papa Kow Cudjoe was impressed with the technical production and setup. "I've been here in previous years but this year, I'm quite impressed with the order of events.

“There was no break or dull moment from start to finish. It really helped to engage guests and that was a massive job from the production crew," he noted.

However, he shared the sentiments of many who insisted that the Tehillah Experience be hosted at a bigger venue.

"Every year we complain about this venue because it cannot hold the large numbers. I've always loved this show but I'm not too happy with the venue. Tehillah is growing in popularity and a new venue should be found to accommodate the increasing numbers too," he stated.