Creative Industry & The Budget: Who Cares? 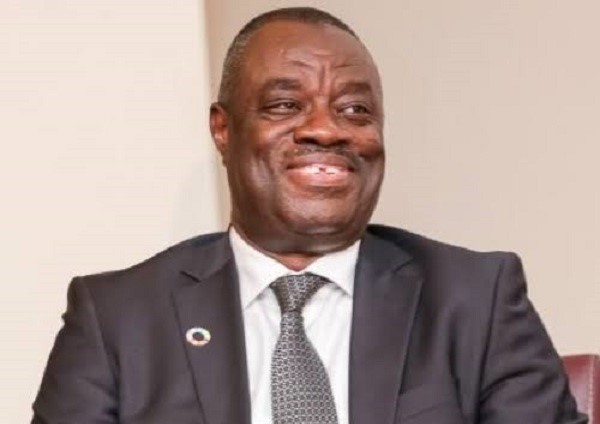 Forget the fact that, the reading of the 2023 Financial Budget for the country by the Finance Minister in Parliament coincided with the 2022 FIFA World Cup in Qatar, on the same day the Ghana Black Stars engaged in their first match.

Attention was obviously divided as the football match took over all discussions; nothing else mattered. After the dust settled, reality dawned and the budget came into perspective but not for the creative industry. Nobody took a whiff of the fact that there was no mention of the creative industry in the budget – and there’s just cause.

Who really cares at this stage if there’s budgetary allocation or concrete plans for the industry or not? Who?

As expected, the closest thing to the creative industry that took all the attention in the budget was tourism.  The fact is; this government has been very particular and conscious about tourism and it has every right to. In the 6-year tenure of the administration, tourism has arguably been the brightest spot, making the government look very good in the eyes of the citizens and the international front.

The ‘See Ghana, Eat Ghana, Wear Ghana’ agenda has been a forte of this administration for a period and it was highly expected that with the ‘December in GH’ initiative in full motion, the fixation would ultimately fall on the tourism sector – and clearly, nobody is complaining.

A critical perusal of the mention on tourism looks quite opaque as compared to other sectors, which came with proper elucidations, figures and facts – but we are not agitated at all. We are very okay with whatever they say they will do with tourism and they have the full support of the creative industry.

If you ever thought that this government has any placement of value for the creative industry, better wake up from that slumber.

And this is not even an assumption; the facts are there to show that government places no value on the sector.

You are still in doubt?  Check this out!

In 2020, there was no relevant mention of the creative industry in the budget. There were few concerns raised by some industry players over the snub. The expectation was to have some mention in the 2021 Budget but there was another blatant snub. This time, there was less or no noise on the rejection. The industry was getting used to getting snubbed.

In 2022, for the 2023 Budget, the Finance Minister, for the third year running, had no room for the creative industry. No value whatsoever!

The Writing Was On The Wall

In October, a month before the budget reading, the government, under the aegis of the Deputy Minister of Finance, Dr. John Ampontuah Kumah, engaged with stakeholders to gather inputs in the 2023 Budget and Economic Statement.

The engagement was attended by representatives from SendGhana, the Association of Ghanaian Industries, Makola Women Association, the Institute of Statistical, Social and Economic Research (ISSER) of the University of Ghana, Legon, Ghana Charismatic and Pentecostal Churches Association and several other civil society organizations, trade groups, academia who made inputs into the 2023 budget.

If no grouping from the creative industry was invited for such a crucial meeting, what were the expectations that, in deed, there would be any sort of mention for the sector?

In the most recent past, it was almost a ritual to have industry players embark on raucous campaigns during the presentation of the budget with regard to allocation of resources to the sectors. That ritual has stopped in the last two years!

There’s no time to shout and make noise anymore!

The fact is; after years of failed promises and commitments, the ‘fight’ seems to have left the players. They are frazzled and weary of all the complaints, and especially when it has become evident that the government places no value and stock on the industry, nobody cares anymore.

For most players, it is better to channel that energy into fixing themselves – striving to sustain their respective businesses, jump ship into other ventures outside the creative industry or just give up. There’s no hope!