A NEW TV series, Coffee Shop, a collaboration between InGenius Africa and GRC Concepts is about to hit our TV screens in August this year.

The TV/Web serial captures 30 minutes snapshots of the machination and fun at a cosmopolitan coffee shop and how it feeds into the stuggles and evolution of a young aspiring novelist, Jacob Quansah, who has made it his second home.

All sorts of people hang out at the coffee shop and viewers get to see the good, the bad and the ugly as far as customers and even the staff of the place are concerned. 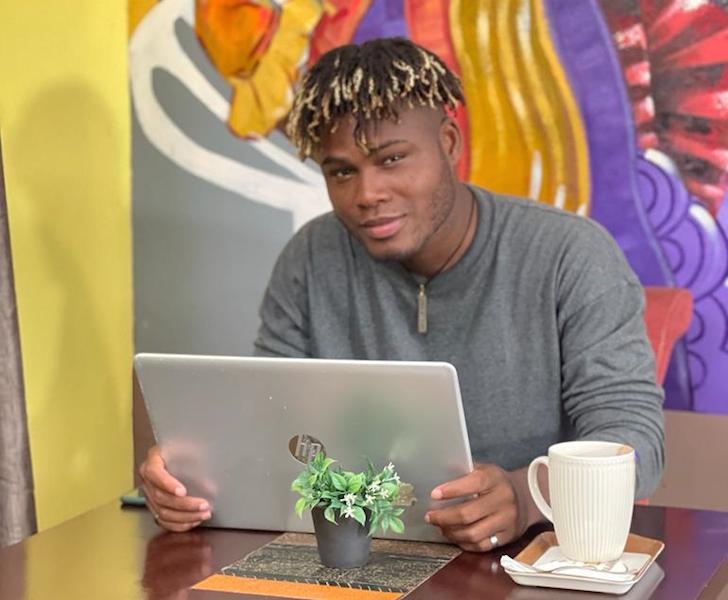 Jacob in 'Coffee Shop' aspires to be a renowned author

Set in 2021 Accra, Coffee Shop follows Jacob a high school graduate, who frequents a local coffee shop as he looks to chase his dream of becoming an author renowned the world over, and make enough money to ensure his overworked and unwell mother can quit her unfulfilling job.

The coffee shop provides a respite from the hustle and bustle, it entertains a lot of transient visitors and a core of regulars in good measure including the challenged but idealist teenager who is found in the milieu, writing a book. 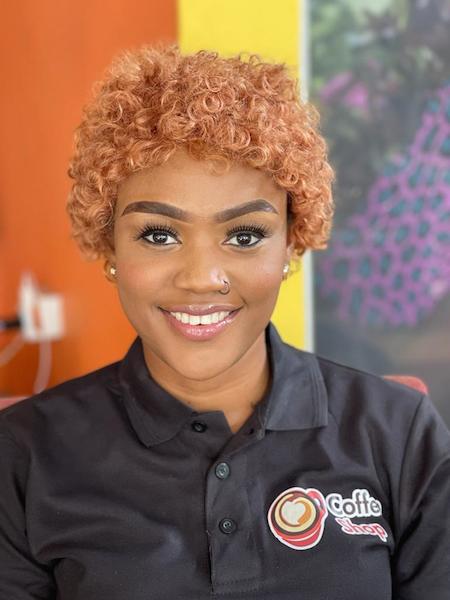 She works at the 'Coffee Shop'

Jacob is an ambitious young man, challenged by unfavourable domestic circumstances. His father is killed in a car accident which leaves his beloved older sister paralysed from the waist and is bedridden.

Taller than average and athletic, Jacob begins the series with a short, clean and kempt haircut. He is the son of Frimpomaa Quansah. He is smart, courteous, hardworking and has an impressive grasp of the English language.

His goal is to be a great author renowned the world over. His writing serves as an escape route, an outlet for his frustrations and a window to the world around him. Jacob is writing a novel titled The Patriot. He only drinks hot cocoa, made in Ghana.

Ashorkor Appiah ia another character to look out for in the series. A regular at the cafe, she is always very well put together, classy, well coiffured and tastefully dressed, with a perchant for high heeled shoes and anklet.

Now and then, a male customer would go chat her up, irrespective of her often dismissive attitude. She always has a wide smile for Jacob though.

Jacob’s mother is long-suffering but optimistic despite the problems sent her way throughout the story and maintains a strong belief in her morals.

Unbending, the single mother carries her many burdens with stoic and dignity, with the unshaken belief that all will be well one day. 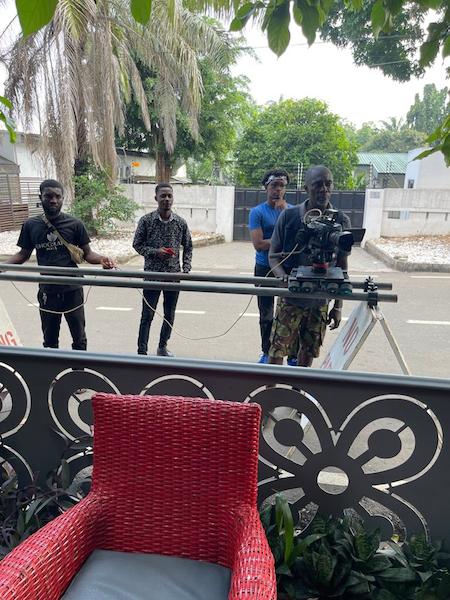 The making of a scene in 'Coffee Shop'

Other characters are Malik Shabazz who works at the cafe as a barista, Christopher aka Savior, Kwaku Anan aka Goldfinger, Jane and Chibuzo.

Coffee Shop is written by 22-year-old Gilbert Ramy Carrey, a Level 300 student of the National Film and Television Institute (NAFTI) and directed by Kwame Boadi, director of Suncity and other television productions.

Acting is very good and costumes, props and locations are also on point. One will especially fall in love with the uniforms of the coffee shop staff.

Speaking on the sidelines at the premiere, Gilbert Ramy Carrey who produced his first movie The Slave King in 2017 said he can tell when what he writes is good. 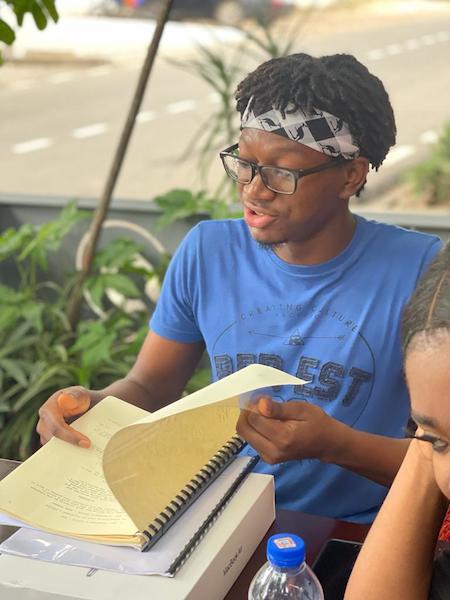 “I can tell when it is good because I am a harsh critic of myself. There are times I laugh out loud when writing the scenes and I can tell that viewers will also laugh at the same thing and that is exactly what happens.

"With the writing process, I usually have an idea and it comes very smoothly.

“I pay close attention to the lines because I believe that it should not only be about smart TV but smart cinema as well. I am a perfectionist, I have a vision and if I don’t get that vision, I feel it is a failure.

"I want to retire knowing that I am the best writer and director to ever live,” he stated.

Commenting on Coffee Shop, Gilbert said, “Come in ready to have fun and see the human condition, how far they are willing to rise or fall.

"You will laugh and cry but you will be entertained. We are aiming to give you a good quality production,” he concluded.

On his part, Kwame Boadi of InGenius Africa said his was touched by Gilbert’s mother’s commitment to her son’s works. 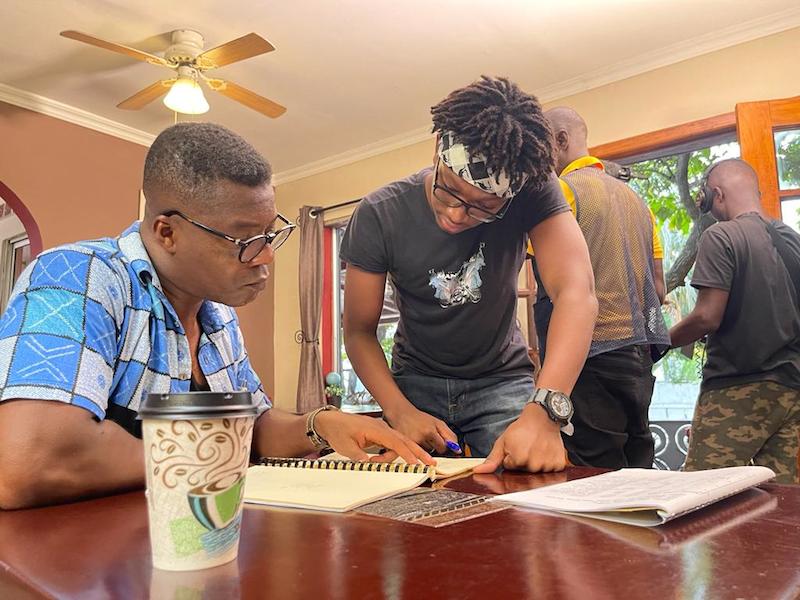 “I said to myself, the fact that she had the courage to invest, there must be something special. When I read the script, I said this boy is good, I just loved the concept.

"As we have in coffee shops, it is a place for interactions and happy connections. There is conflict, love, romance and we have all manner of colourful characters like Ashorkor and Jacob played by Nikki Samonas and Benedict Missa respectively.