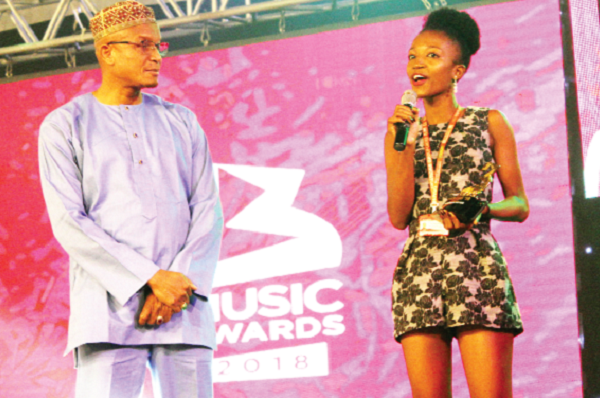 For a new music scheme that organisers had promised would be different, perhaps the first thing the 3Music Awards could have done was to break the status quo and start early but that did not happen.

The event, held on Saturday, March 24, had been billed to start at 7pm but kicked off around 10pm at the Fantasy Dome at the International Trade Fair Centre.

The late start notwithstanding, the show did well to meet expectations, especially for a maiden edition.

The stage set-up was beautifully done and the hosts, rapper D-Black and actress, Joselyn Dumas, who looked lovely in their outfits kept things from being boring.

Spoken Word artist and playwright, Chief Moomen, delivered a stirring chronicle of the history of Ghanaian music to start the show.

The 3Music Awards went beyond the usual awarding of artistes, DJs and other individuals and showed innovation by creating categories for social media.

Shatta Wale won the Biggest Fan Army award but was unfortunately not around to receive it. His army however excitedly stormed the stage and expressed appreciation on his behalf.

For the music awards itself, Sarkodie, Shatta Wale and Stonebwoy grabbed the most. Sarkodie went home with the Hip Hop Act of the Year, Album of the Year for Highest and Music Video of the Year for Overdose.

Patapaa’s One Corner won him Viral Song of the Year and late Dancehall star, Ebony Reigns was crowned Female Act of the Year with Breakout Star of the Year going to Maccasio and Best DJ award going to DJ Mike Smith. Stormzy won the Best International Star while Davido won the African Act of the Year award.

Four media houses under categories Television, Print and Radio (Joy FM, Peace FM, Graphic Showbiz and TV3) were awarded for their consistency and diligence in producing the best entertainment news in the country.

There were exciting performances from Stonebwoy who shook the building with his music and Joe Mettle gave a powerful performance and his hit song Bo Noo Ni moved the crowd to sing in exaltation to God.

One disappointing part of the night was the inability of many of the winners to accept the awards themselves.

It took a bit of the shine off the event.

A minute’s silence was observed for Ebony Reigns while TV3 and 3Music donated GH¢1,000 to the Ebony Reigns Foundation.