No more bad boy tag for me - Lord Paper 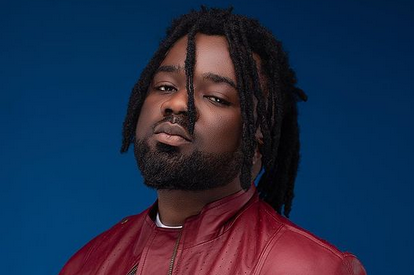 In 2016, Afrobeats artiste Lord Paper got all the attention, albeit negative, when he released a sexually explicit video for his song Awurama.

Although he got the buzz, he had a difficult time trying to convince Ghanaians to pay attention to the other wonderful songs he had to offer. He even told the Graphic Showbiz in earlier interviews about the difficulties he had getting artistes to collaborate with him.

However, that story seems to have changed and now Lord Paper says the ‘bad boy’ tag he got from his earlier antics has been removed, indicating that his hard work over the years had succeeded in erasing that notion.

Speaking with the Graphic Showbiz recently, Lord Paper, real name Michael Takyi-Frimpong, said he had proven to Ghanaians over the years that he is talented but he needed that attention when he started his music career.

“No one sees me as a bad boy anymore, in fact, they rather appreciate the wonderful music I have been churning out over the years which have gotten me nominations. I needed the buzz as a new artiste and after getting it, I had to work hard to prove to Ghanaians that I am talented.

Read also: Profane songs having an adverse effect on the youth - Maa Adwoa

“When I dropped songs such as Fameye, Dzigbordi, Love No Catch You Before and Asabone, people were like ‘I love this guy but his Awurama song is what I don’t like’. Today, I can boldly say that my past is totally forgotten and all I get is the encouragement to continue doing those wonderful songs,” he said.

Asked what he has been up to, Lord Paper said he had to hold off on releasing an album because of the coronavirus pandemic.

“Apart from Asabone, which I dropped in February last year, I have not released any song and it is because I wanted to monitor the COVID situation and see how best I can come out big. I don’t want to be releasing songs which I know I won’t be able to promote how I want. I had to take a step back and reorganise myself,” he said.

He has other songs such as Sika Duro, Financial Rape, Call On Me, North K, Maame Serwaa Lord, Insecure, Abin Dada, SMH, Mmaa No Feeli Mi, Love No Catch You Before, Antipey, Fameye,Dzigbordi, Asabone and Her Story.