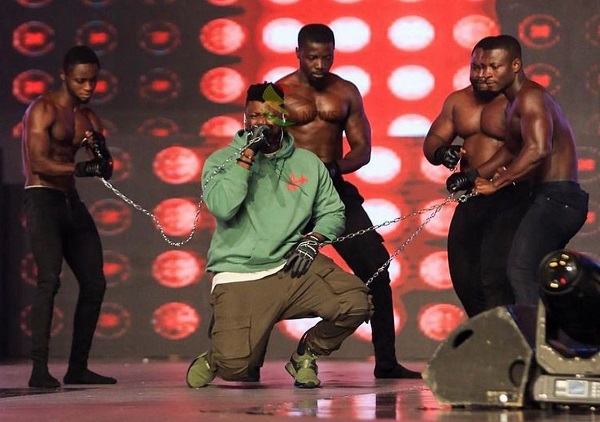 Gambo highlighted his reputation as one of the fastest-rising Ghanaian musicians with a dazzling performance at this year’s Vodafone Ghana Music Awards (VGMA23) on Friday night, May 6, 2022.

Gambo who was named the best Unsung Act justified the title with a brilliant display of musical talent.

He left thousands of music fans in the Grand Arena and viewers across the country and around the world virtually mesmerized and ecstatic with his enthralling performance.

He beat competition from several other artistes to win this year’s Vodafone Ghana Music Awards Unsung Act of The Year, demonstrating his relevance in the Ghanaian music industry over a short period of time.

Even though this year was his first time performing at the VGMA, his performance was nothing short of expectation as he showcased that he is an artiste who knows his craft and can deliver a great performance at any given moment on big stages such as the VGMA stage.

Watch Gambo's performance at the VGMA below:

#Gambo, the reigning VGMA Unsung Act of The Year performing at the awards ceremony pic.twitter.com/PzsmaGoWDO