Go all out, Black Stars 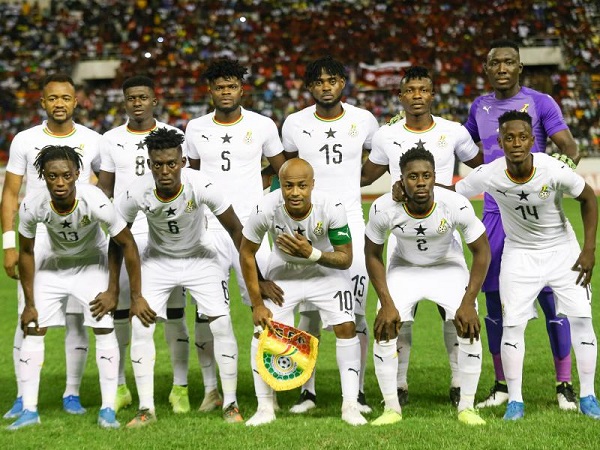 Ghana's Black Stars are under the weight of expectation as they clash with their South Korean counterparts in a crucial second Group H match at the Education City Stadium in Doha at 1p.m. this afternoon.

The Ghanaians held the world spellbound with a remarkable performance against a star-studded Portugal side in their Qatar 2022 FIFA World Cup opener at the 974 Stadium last Thursday, only to lose 2-3 via a controversial penalty decision that has become a major talking point since then. That notwithstanding, the Black Stars exhibited the following qualities in that particular game - the ability to defend and attack as well as vulnerability in defence.

On the other hand, Coach Paulo Bento deployed a more defensive system against two-time world champions Uruguay in their opening match last Thursday. But as they head into today's must-win encounter, Coach Otto Addo needs to strengthen his defence and attack, and also psyche up his team for an end-to-end 90-minute battle with the hard-running Asians, who can also be dangerous in attack.

While Otto Addo might reshuffle his team a bit and also vary his formation in order to get the required results, his counterpart is expected to use his preferred tactics to frustrate the unpredictable Ghanaian side. If that happens, the Black Stars should anticipate an all-attacking approach from their opponents.

Interestingly, the South Korea coach, Paulo Bento, is a former player of the Portugal national team, hence would tackle today's assignment with the same game plan as his compatriot, Fernando Santos, which fetched Portugal two counter-attacking goals against Ghana in the second half. Like the Portuguese, Bento has developed a fluid and quick build-up from the back approach with the South Koreans, led in attack by skipper Son Heung-Min. This is the kind of machinery Otto Addo must neutralise to keep the World Cup dream alive, and he has in-depth quality to do so.

In spite of last Thursday's impressive showing, the Black Stars coach has been highly criticised, especially for his second half substitutions which turned the game in favour of the Portuguese at a time the result was 1-1. Although Coach Addo later justified his decisions with the explanation that he was compelled to replace skipper Andre Ayew and playmaker Mohammed Kudus due to the cautions they received in the heat of the game, soccer-crazy Ghanaians expect him to get his selection and tactics right this time around to avoid any excuses and regrets.

For the records, this will be the first time the two countries will be meeting in a competitive match at this level. Most significantly, all their four previous encounters were international friendlies which went in favour of Ghana, except one. In their last duel on June 9, 2014, which was a pre-World Cup warm-up match, the Kwasi Appiah-led Black Stars were merciless when they thrashed their Korean counterparts 4-0.

That was the climax of the Ghana-South Korea adventure which saw the former defeat the latter 3-1 twice in June and October 2006, while luck smiled on the Asians only on June 7, 2011, with a 2-1 victory. Based on these statistics, the Black Stars have no choice but to go all out to repeat history by securing the much-needed three points to enhance their chances of qualifying to the more lucrative round of 16 where each team is guaranteed a cool $13 million.

We believe Ghana have the men to make it count when it matters most, and this afternoon's date presents the right opportunity to make themselves and the entire nation proud once again. We expect the team to once again enjoy massive support from all Ghanaians, both home and abroad, as well as the rest of Africa and other sympathisers across the globe.

It goes without saying that football unites the nation more than anything else. We all saw the manifestation of this truism again on the floor of Parliament last week before and after the first match, as well as how Ghanaians, young and old, mobilised themselves at the various viewing centres across the nation, led by the Vice-President, Dr Mahamadu Bawumia, to rally support for the team.

It is significant to note that President Nana Addo Dankwa Akufo-Addo showed the way by flying all the way to Qatar to motivate the team in camp prior to the match against Portugal. We urge all to follow the President’s example by rallying support for Otto Addo and his men to clear this hurdle ahead of the titanic clash with our nemesis, Uruguay, at 3p.m. on Friday.