Countdown to 2023 African Games in Accra 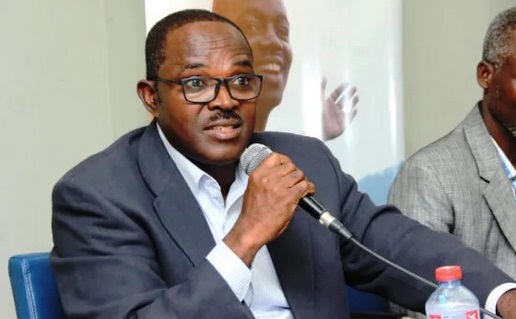 The countdown to the 2023 African Games in Accra is underway and it is time to rally national support for the games.

In August next year, Ghana will welcome over 5,000 athletes from across Africa to Accra for the 13th African Games.

Apart from the athletes and 3,000 technical people who will be in Accra over the duration of the games, there will also be hundreds of journalists and global celebrities, with a TV and online audience of over 5.5 billion.

The games were known in the past as the All Africa Games, but in 2015, the African Union (AU) changed the name to the African Games to reflect the ideals of the new vision of the AU.

When Ghana welcomes the continent to Accra in August 2023, it will host the games, considered the continental Olympics, for three weeks, during which period the athletes will compete for medals in 26 sporting disciplines.

Some of the disciplines will be used as official qualifiers for the XXXIII Olympic Games in Paris in 2024.

Already, the Local Organising Committee (LOC) of the African Games, headed by Dr Kwaku Ofosu-Asare, has launched the 365-day countdown to the event in its bid to whip up interest and garner support to enable the country to host what the LOC describes as the “best-ever competition in modern times”.

Despite Ghana’s significant successes in sports on the continent and the prominent role the country played in founding the AU, this is the first time the country has won the bid to host the games and it is important that every Ghanaian gets on board to support in whatever way we can to help the LOC achieve its aim to host and win medals.

It is a fact that work on the construction of facilities for the games is progressing slowly, which is a source of concern for everyone. However, there is assurance and hope that work on the Borteyman facility, where most of the indoor events will take place, and the University of Ghana Stadium, which will host the outdoor events, will be completed on schedule to avoid any last-minute hitches.

The social and economic benefits of hosting this big continental sporting event cannot be over-emphasised, for which reason it is important that everything possible is done to ensure that the games are successfully hosted.

At least, the impact of the 1999 African Youth Championships, the 2008 Africa Cup of Nations (AFCON) and the 2018 Women’s AFCON that Ghana hosted are ample evidence of the impact hosting such sporting events have on the local economy.

That is why there is the need to support the LOC to deliver on its mandate.

The committee has promised that the 2023 African Games in Ghana will offer Africa experiential games that will provide memories to last a lifetime for all contingents and dignitaries.

Although Ghana missed out on hosting the games earlier, it is going to do so now, and it is even more significant that it will commemorate the 60th anniversary (1965 – 2025) of the games at the 13th African Games in 2023.

While the LOC and the duty bearers do their bit to ensure that all gets set for the successful hosting of the competition, the Daily Graphic would like to make a clarion call to businesses - big or small - to get on board, not only to support but also take advantage of the opportunities such an event presents.

Indeed, economically times are hard, but hosting the games is also an opportunity to help project Ghana and collectively reap the benefits thereof. We cannot let such an opportunity slip by.

The LOC has extended an invitation to everyone to come to Ghana for the experience of a lifetime as the continent celebrates its excellence the African way.

The Daily Graphic encourages all to heed the call, and for businesses, this is the time to get on board!