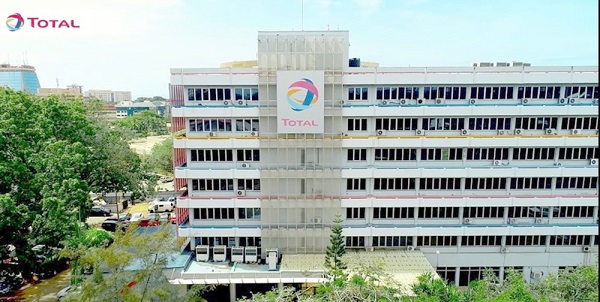 Its net profit fell by 7.16 per cent to GH¢104.34 million last year after a more than 40 per cent rise in costs eroded the gains from the strong growth in revenue.

The company’s consolidated financial statements released on March 31 showed that revenue grew by about 38.9 per cent from GH¢2.39 billion in 2020 to GH¢3.23 billion last year.

The growth was largely fuelled by increased consumption of refined petroleum products within the period, according to data from the National Petroleum Authority (NPA).

But instead of the strong revenue growth resulting in TOTAL’s profit going up, profit after tax fell from GH¢112.39 million in 2020 to GH¢104.34 million last year as cost of operations went up.

The consolidated financial statements, which were submitted to the Ghana Stock Exchange (GSE) in line with listing regulations, also indicated that the company’s cost of sales rose from GH¢2.05 billion in 2020 to GH¢2.9 billion in 2021.

The annual increment in costs was about 41.4 per cent compared to the revenue growth which was about 38.9 per cent within the period under review.

The document showed that all the cost lines went up except finance costs which fell from GH¢11.19 million in 2020 to GH¢7.75 million last year.

A key OMC in the saturated downstream market, TOTAL accounted for 8.14 per cent of the market share last year, according to data from the industry regulator, the National Petroleum Authority (NPA).

The data showed that the company is strong in the supply and retail of kerosene and Aviation Turbine Kerosene (ATK) also known as aviation fuel.

It indicated that TOTAL accounted for 51.58 per cent of kerosene and 14.27 per cent of ATK last year.

With regards to petrol and diesel, which are the most consumed products in the country, TOTAL accounted for 8.95 per cent and 9.73 of the market shares respectively.

About 4.6 million metric tonnes of refined petroleum products were consumed last year, according to the NPA data.